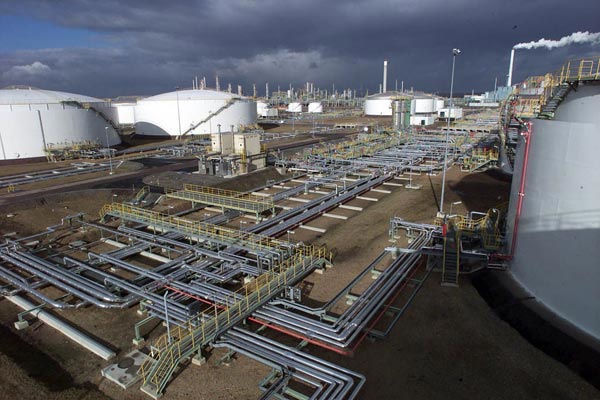 Emir Sheikh Tamim bin Hamad Al-Thani of Qatar has given assurances that their economy will not be affected by the drop in oil prices because the government has not changed its price evaluation methods for the past years. However, United Arab Emirates Energy Minister (UAE), Suhail bin Mohammed al-Mazrou, has warned that difficult moments lie ahead, for economies based on oil, in the next three years if the low oil prices continue.

Al-Thani told the Qatari Shura Council that although “we are currently facing a decline in the price of oil and fuel” he emphasized that “our economy is strong and solid, [and] will not be affected by such developments, and our budget is based on a very conservative estimate of the price of fuel.” These reassurances made to the Shura highlights that Qatar is unlikely to suffer from the low oil prices which have prompted many experts to think that member countries of the Organization of the Petroleum Exporting Countries (OPEC) could probably reduce their production capacity in order for prices to rise.

Even though Qatar claims to be safe from the turbulences of the sliding prices, UAE’s Energy Minister has signaled that problems could arise by 2017. During a speech at an energy conference in Abu Dhabi, Minster al-Mazrou said there is no need for “panic” from oil producing countries because “OPEC didn’t contribute to an oversupply.” He said that “the fundamentals in the market didn’t change” but claimed that the “revolution in shale oil” has led to the sliding of prices.

Al-Mazrou underlined that countries should be worried “that some investors are not going to continue to invest and in three years we will face difficulties finding enough investments in market.”