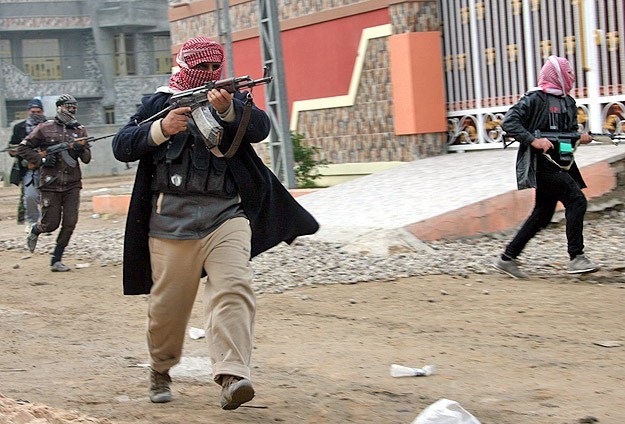 ISIL is determined to fight against any armed group that will obstruct its campaign to enlarge its Islamic State. Hundreds of members of the Albu Nimr tribe who tried to stop them were killed and considered to be an example for any tribe with equal ambitions. The victims are said to be part of the police force or an anti-ISIL militia called Sahwa (Awakening). The tribe is frustrated with the authorities.

Tribal leaders said that ISIL urged the men to leave their villages and assured them of a “safe passage” to the village of Hit before being captured and killed. A witness added that they found the corpses this morning and were informed that “those people are from Sahwa, who fought your brothers the ISIL, and this is the punishment of anybody fighting ISIL.” Around 300 men between the age of 18 and 55 were found buried in two mass graves. Another mass grave in Ramadi contained 150 members of the same tribe.

The frustration of the Albu Nimir tribal leaders with Baghdad and Washington was visible among the Tribal leaders. One of them, Sheikh Naeem al-Ga’oud, said that “the Americans are all talk and no action” while Iraqi forces find it difficult to penetrate ISIL held areas. The Awakening militia was established with the encouragement of the United States to fight al Qaeda during the US “surge” offensive of 2006-2007.

Baghdad has preferred to concentrate its efforts on retaking oil refineries under ISIL in the north. A member of the Iraqi security force said that they are making slow advances towards the city of Baiji to end ISIL’s control over the country’s biggest oil refinery. They are being slowed by landmines as there is little resistance from ISIL.