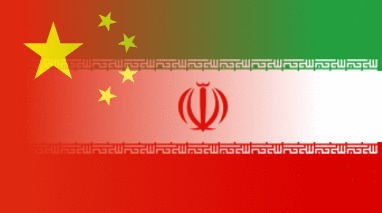 Bilateral ties especially under the domain of military cooperation have been increasing between Tehran and Beijing in the past few years. In the latest developments, China’s Defense Minister Chang Wanquan welcomed Iran’s navy commander Rear Admiral Habibollah Sayyari to Beijing where they held a meeting. This meeting could be considered as a boost after the last one was held between the defense ministers of the two countries. A released statement from the Chinese Defense Ministry stated that the meeting with Rear Admiral Sayyari centered much more on the military ties between the two countries. It stated that Minister Wanquan hoped for further development of the pragmatic military cooperation between them and its un-interruption.

The Iranian Rear Admiral hopes that their military ties will continue as he pointed out that the relationship with China is very important to Iran.

The meeting between Waquan and Sayyari came a month after Chinese and Iranian navies held their first joint drills in the Persian Gulf in September.

After a meeting between Defense Minister Wanquan and his Iranian counterpart Hossein Dehqan in May 2014, both governments renewed their intentions to strengthen their cooperation. Dehqan was quoted saying that he hopes that Iran and China will continue to play a positive role in maintaining regional peace and stability.

Wanquan said he was “confident that the friendly relations between the two countries as well as the armed forces will be reinforced” due to “increased mutual visits and personnel training cooperation between the armed forces” coupled with the “frequent high-level exchanges and deepened political mutual trust.”

The ongoing strengthening of military ties between Iran and China will surely raise eyebrows in the Middle East. The two countries are also developing their energy and trade ties.