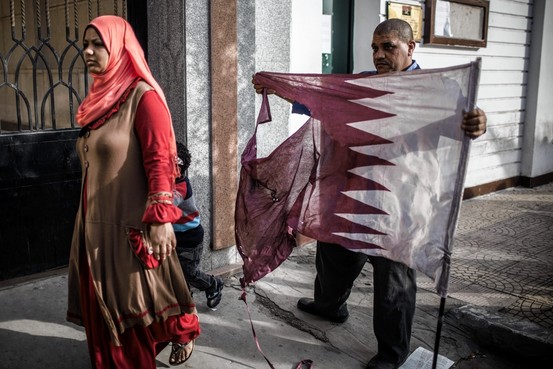 Egypt will soon fully repay the loans it got from Qatar during the Morsi regime which lasted only for a year. Saudi Arabia and the United Arab Emirates (UAE) will be providing the Egyptian Central Bank will $5 billion this month in order to facilitate the payment of the Qatari loans slated for November. The funds provided by Saudi Arabia and the UAE will help to calm the nerves because since the announcement by Governor Hisham Ramez of the Central Bank that it would be returning $2.5 billion in deposits to Qatar next month, there have been worries about Egypt’s foreign currency position. This will be the last installment of the $7,5billion financial aid the country received from Qatar during Morsi’s tenure as president. Doha was very supportive of Morsi’s regime which was ended by a military coup d’état led by Al Sisi.

Although there are no official statements from any of the governments, the source who revealed the story said that Egypt will receive more than half of the $5 billion before the end of October to precede its payment to Qatar. Saudi Arabia will be contributing $2 billion, said the source, at least half of which will be paid this month while the UAE has pledged $3 billion.

Egypt’s fiscal year starts at the beginning of July and ends at the end of June. The Planning Ministry has reported that since the departure of Morsi, Arab states have given around $14 billion in grants to Egypt but foreign debt has reached $46.1 billion within the same period.

The Gulf countries especially Saudi Arabia, Kuwait and the UAE have given the North African country more than $20 billion in loans, grants, and petroleum aid since last summer.