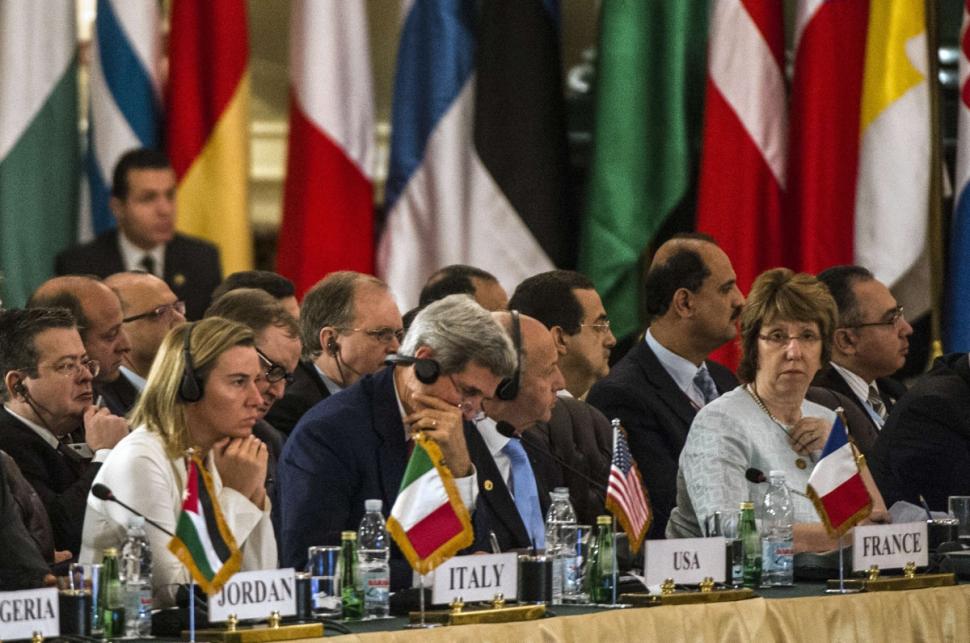 Donors from around the world have pledged to contribute $ 5.4 billion for the rebuilding the war-ravaged Gaza Strip at the end of a multinational conference held Sunday in Cairo. The conference, which was co-chaired by Norway and Egypt, was attended by Egyptian president Abdelfatah Al Sissi, Palestinian president Mahmoud Abbass, UN Secretary General, US secretary of State, John Kerry, Russia’s Foreign Minister Mikhail Bogdanov and many other world leaders and top diplomats from Europe, the Arab world and Asia.

The United States said it would give the Palestinians $212 million in immediate assistance, while Germany said it would contribute $63 million, France pledged $ 50.5 million and Great Britain promised $32 million for reconstruction of the besieged coastal Gaza strip.

Conference organizers hope the pledges will be paid over a three-year period to aid reconstruction in Gaza, which has borders with Israel and Egypt. Both countries have closed their borders with Gaza since Hamas took power there in 2007, causing the territory of 1.8 million people economic hardship and high unemployment.

Donors will give the money to the Palestinian Authority and government, bypassing Palestinian militant group of Hamas.

During last summer’s war launched by Israel against Hamas, more than 2,200 Palestinians, mostly civilians were killed, 11,000 others were wounded, and some 100,000 people are left homeless.