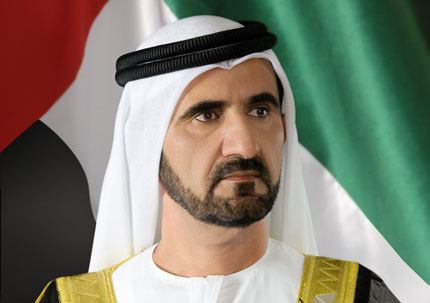 The UAE vice-president and Prime Minister, Sheikh Mohammed bin Rashed Al-Maktoum, pointed out that the world cannot extinguish the fires of fanaticism by force alone and that the approach to defeat the Islamic State must necessarily focus on three ingredients, namely “winning the intellectual battle, upgrading weak governance, and grassroots human development”. In a column published on Sunday by UAE paper, The National, Sheikh Mohammed, who is also the ruler of Dubai, wrote that “ISIL certainly can – and will – be defeated militarily by the international coalition that is now assembling and which the UAE is actively supporting. But military containment is only a partial solution. Lasting peace requires three bigger ingredients: winning the intellectual battle, upgrading weak governance and grassroots human development.”

The world must unite behind a holistic drive to discredit the ideology that gives the extremists their power, and to restore hope and dignity to those whom they would recruit, he wrote, warning that ISIL, which he described as “a barbaric and brutal organization,” “carries the power to mobilize thousands of desperate, vindictive, or angry young people and use them to strike at the foundations of civilization.”

Pointing out that the threat knows no borders and that ISIL recruited members of at least 80 nationalities, Sheikh Mohammed insisted that a globalized threat requires a globalized response.

“What we are fighting is not just a terrorist organization, but the embodiment of a malicious ideology that must be defeated intellectually,” he wrote deeming this ideology is “the greatest danger that the world will face in the next decade. Its seeds are growing in Europe, the United States, Asia and elsewhere.”

He cautioned however that the destruction of terrorist groups is not enough to bring lasting peace. “We must also strike at the root to deprive their dangerous ideology of the power to rise again among people left vulnerable by an environment of hopelessness and desperation.”

For Sheikh Mohamed one of the three components of the solution lies in countering malignant ideas with enlightened thinking, open minds and an attitude of tolerance and acceptance.

The second component, in his view, is support for governments’ efforts to create stable institutions that can deliver real services to their people.

“It should be clear to everyone that the rapid growth of ISIL was fuelled by two governments’ failings: the first one made war on its own people, and the second one promoted sectarian division. When governments fail to address instability, legitimate grievances and persistent serious challenges, they create an ideal environment for hateful ideologies to incubate – and for terrorist organizations to fill the vacuum of legitimacy,” he wrote.

The final component, he wrote, is to address urgently the black holes in human development that afflict many areas of the Middle East. This is not only an Arab responsibility, but also an international responsibility, because providing grassroots opportunity and a better quality of life for the people of this region is guaranteed to ameliorate our shared problems of instability and conflict, he argued.

With more than 200 million young people, the region has a critical need for long-term projects and initiatives to eliminate poverty, improve education and health, build infrastructure, and create economic opportunities. Sustainable development is the most sustainable answer to terrorism and the shortest way to undermine the ideologies of fear and hate that feed on hopelessness, he wrote.