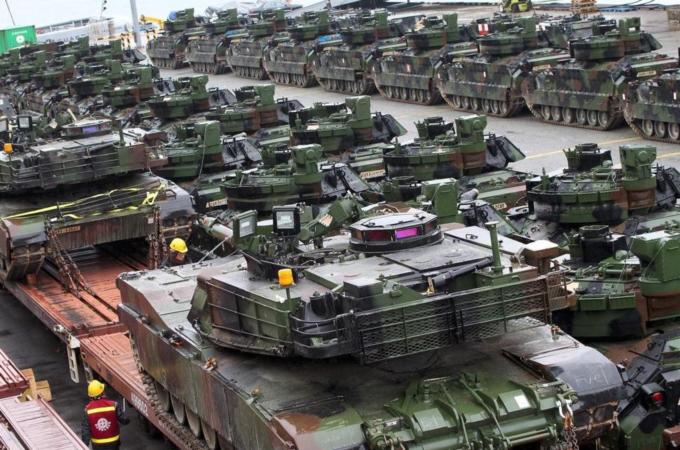 Kuwait has announced that it will be hosting the World’s biggest and largest military exercise next year under the codename Eagle Resolve 2015. Lt Col Mohammad Al-Kandari, chief of Kuwait’s joint military operations and head of the committee tasked with preparing the exercise, said member countries of the Gulf Cooperation Council (GCC) together with brotherly and friendly countries will participate in the exercise aimed at developing their defense cooperation. Eagle Resolve 2015 will be the 13th edition of the military exercise since its introduction in 2000 in Bahrain. Lt. Colonel Al-Kandari said that “more than 30 Arab and foreign countries are expected to participate” and the “the US, the United Arab Emirates, Bahrain, Saudi Arabia, Oman, Qatar, Egypt, Jordan, Turkey, France, Italy, Bangladesh, Pakistan, Japan and Argentina” have already confirmed their participation. The exercise will begin in March next year.

The Head of the US Military Cooperation Office Gen Rick Matson said the military exercise will strengthen mutual relations and to boost military capabilities between participating nations while Britain’s representative in the exercise looks forward to a prosperous and successful training.

The military exercise will be held on Kuwaiti soil, territorial waters as well as a host of territories designed for training across GCC countries. Kuwait believes that hosting the exercise is a strategic boost to the country both regionally and internationally. The exercise is geared towards exchanging expertise in managing joint military operations in coordination with the US Central Command.

Egypt could also be joining the countries that will participate in the military exercise after it concluded a bilateral agreement on military training with Kuwait on the sidelines of the 8th meeting of the Joint Kuwaiti-Egyptian Military Committee.