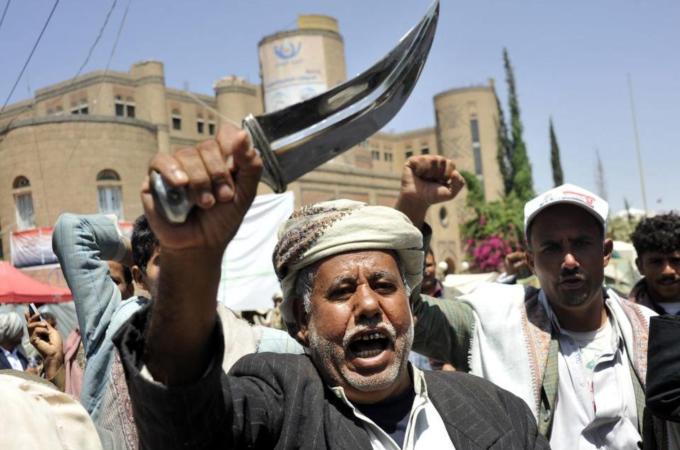 The crises in Yemen are expected to come to an end after a Peace and Partnership Agreement was signed between the government and the Houthis. The deal was brokered by United Nations envoy to Yemen, Jamal Binomar, and was based mainly on the outcome of the National Dialogue Conference. During the signing ceremony of the agreement, President Abd-Rabbu Manasour Hadi said the sealing of the deal “forms a way ahead towards implementing outcomes of the national dialogue conference and a win over all challenges which require all involved parties to execute it in an accurate way and to immediately end firing be it in the capital Sana’a or other governorates.” Hadi did once referred to the Houthis occupation of certain areas in the capital as a “coup attempt.”

The conclusion of the deal with the rebels was facilitated with the resignation of Prime Minister Mohammed Basindwa on Sunday in order to pave a way for a unity government. The Houthis and the southern separatists will nominate a new prime minister within three days. As part of the agreement, Houthis will hand over the government and military infrastructures that they have taken over during the protests and clashes that have lasted for several weeks.

UN envoy Jamal Binomar urged the political parties to support the agreement because it is crucial to end the crisis and conflict. He called on all the parties to commit themselves to items of the Agreement and cease fire to avoid bloodshed.

The interior ministry has described the Houthi rebels as “friends of the police” on its website while the Houthi Spokesman Mohamed Abdulsalam posted on his Facebook page that “the military and the security apparatus have supported the popular revolt.”