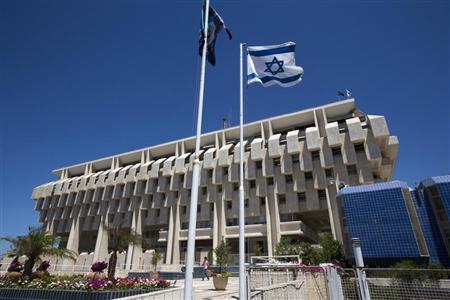 Israel’s war with Hamas is having an effect on the Jewish State’s economy as the Central Bank announced a surprising decision to lower its benchmark short-term interest rate by a quarter-point to 0.25%; an all-time low. Business is slow in Israel especially in the south where missiles fired by Hamas have been landing. Israel’s economy has been slowing down due to the global economy but the hostilities with Hamas have also contributed to it. The Bank of Israel in a released statement stated that “a further slowdown in economic growth, particularly in goods exports, even before the deterioration in the security situation” also contributed to the rates decision.

Central bank Chief Flug said Israel is “definitely in a slowdown in activity” as she forecasted that the hostilities with Hamas will further deduct half a point from its economic growth. It has been more than 7weeks since the fighting began. She pointed out that effect is “not negligible, and of course businesses in the south feel it much more strongly.” The bank previously forecast an expansion of 2.9% this year but it will publish an updated estimate next month.

Ofer Klein, head of economics and research at Harel Insurance and Finance believes that the fighting led to the decision. He thinks that “it is hard to imagine that without the military operation in the background, the Bank of Israel would choose such an extreme move especially when the United States is already talking about raising interest rates.”

However, Flug acknowledged that the Shekel, Israel’s currency, will be weakened by the decision but urged the exporters to be aggressive because the depreciation will “strengthen” their ability “to compete in the world” which is still experiencing “a very moderate growth.”