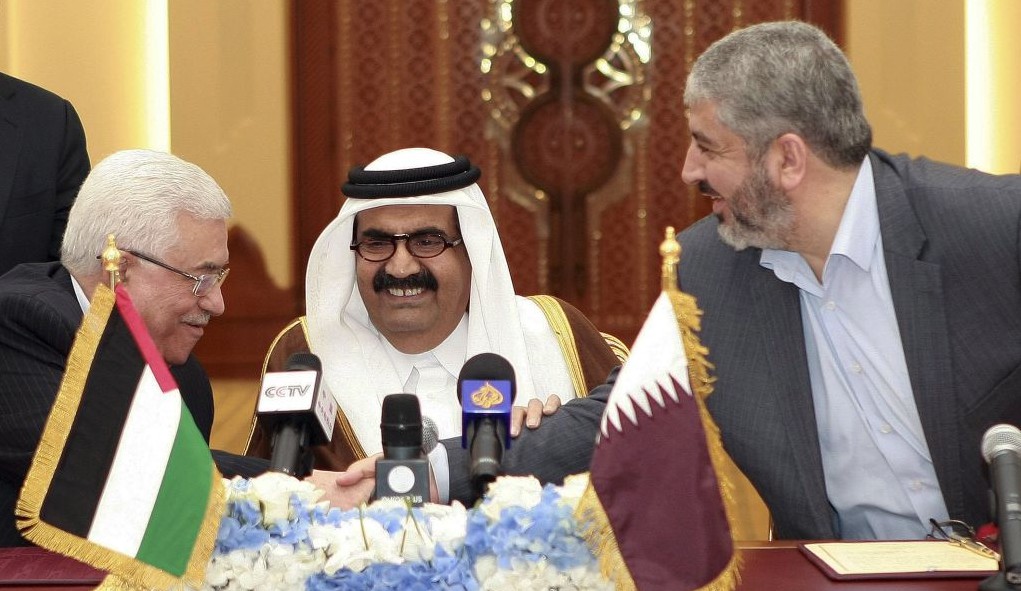 A source from the Fatah camp is blaming Qatar for the failure to conclude a long lasting ceasefire agreement between Hamas and Israel. The source claimed that Qatar threatened Hamas with the expulsion of its politburo chief Khaled Mashaal if they reached an agreement with Israel under the proposed conditions of the ceasefire agreement. Mediations between Hamas and Israel are led by Egypt. The source is a senior member of the Palestinian Authority. According to the source, Hamas was under immense Qatari pressure to reject Egypt’s truce proposal. The relationship between Qatar and Egypt has been tense since the ousting of President Morsi in a military coup d’état led by Al-Sisi.

Another anonymous security source claimed that the Chief Mashaal ordered the violation of the ceasefire with rocket attacks into Israel after realizing that talks in Cairo for a long-term truce were not going his way. Last week, Mashall was quoted saying that “we want serious negotiations that lead to an end of the aggression on Gaza and granting the Palestinian demands.”

The security source did add that Mashaal has ordered for the creation of a special operating unit, different from Hamas’s military wing, which will be directly answerable to him.

There have been speculations that Qatar wants to play an important role in negotiations between Palestine and Israel. A senior Hamas source last week urged a different nation to replace Egypt as intermediary in the talks, labeling Egypt “the basic delaying source preventing an agreement.” Israel is unwillingly to have Egypt replaced.

Qatar is among the Gaza Strip’s main aid donor with $23million increased from $13million a week ago. Hamas has been urging for an active Qatari role since the negotiations started in Cairo, the source from Fatah stated.