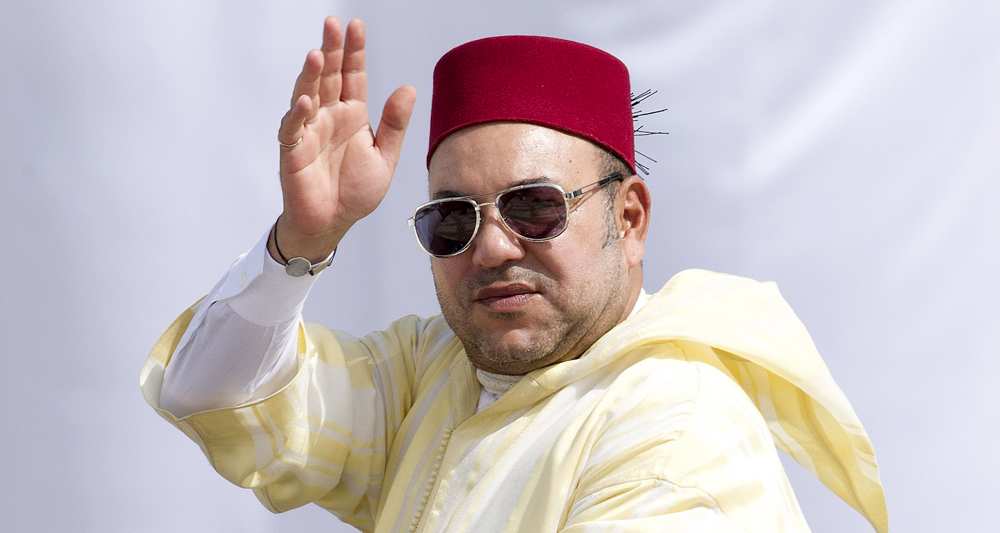 King Mohammed VI of Morocco has reiterated his strong condemnation of what he described as “the brutal Israeli aggression” in the Gaza Strip and renewed his support for all constructive international initiatives aimed at achieving a just and lasting peace in the Middle East on the basis of the two-state solution. “I reiterate my strong condemnation of the brutal Israeli aggression in the Gaza Strip,” said King Mohammed VI in a speech he delivered on Wednesday on the occasion of the fifteenth anniversary of his enthronement, adding “I reiterate my support for all constructive international initiatives aimed at achieving a just and lasting peace on the basis of the two-state solution.”

In his Wednesday speech, he recalled that Morocco was among the first to provide material aid to the victims of this aggression and had put Moroccan hospitals at the disposal of the wounded Palestinians.

“In keeping with our sacred mission to defend Al-Quds al-Sharif, the Al-Quds Committee, which I am honored to chair, adopted a series of sound recommendations during its 20th session, held in Marrakech,” he said, adding that the recommendations back the peace negotiations and call for the protection of the cultural and spiritual character of Al-Quds against the illegal Israeli violations.

The Al-Quds Committee 20th session adopted a five-year strategic plan of action for the Bayt Mal al-Quds al-Sharif Agency with a view to providing support to vital sectors through well thought-out projects in terms of time frame and funding mechanisms, he recalled, pledging to ensure that “the Agency keeps up its action on the ground, provides the inhabitants of Al-Quds with direct, tangible support and seeks to meet their pressing needs.”

The Moroccan ruler also expressed “profound sadness and concern” at “the catastrophic situation” prevailing in several Arab countries, pointing out that “the crisis in both Syria and Iraq illustrates the seriousness of the situation the Arab world is facing today – a predicament which is fueled by the politics of exclusion and sectarian strife.”

For him, “it is much more than just a regional crisis. This is a fertile breeding ground for the most violent forces of extremism and terror which seriously threaten the security of our countries as well as global security and stability.”

According to the Moroccan sovereign, to remedy the situation, the Arab world needs, more than ever, to establish “a comprehensive Arab order based on economic integration and political unity and cohesion to turn the Arab world into an influential geopolitical force in the international arena – a bloc which is capable of defending crucial Arab causes.”

The King of Morocco also touched on the situation in the Maghreb, expressing his keenness to see “a strong union built on the firm foundation of solid bilateral relations and integrated economic projects.”