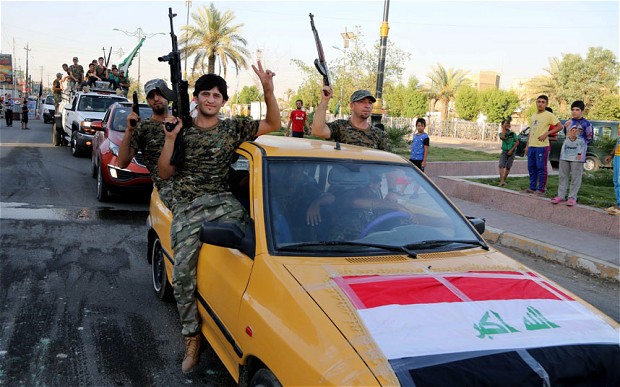 The Iraqi government has embarked on almost $2 million arms deal with the US and Russia that could serve in fortifying government controlled areas as well as repel the fighters of the Islamic State of Iraq and Syria (ISIS). Government forces easily succumbed to the ISIS who has declared their intention of enlarging their Islamic Caliphate by conquering more territories. Since most of the powerful countries are unwilling to send their soldiers into Iraq, Baghdad has decided to further arm itself to fight the ISIS. The United States plans to sell 5,000 Hellfire missiles to Iraq in a $700m deal, officials said, as Washington tries to help the Iraqi government retake ground captured by Sunni militants.

Its Defense Minister, Saadoun Al-Dulaimi, also ended his visit to Moscow with the signing of a billion dollar worth of heavy artillery, ballistic missile systems and ammunition. Talks are also ongoing for the sale of ten Su-27 jet fighters.

These deals could send a clear signal to the ISIS that the government is determined to push them out. The US Defense Corporation Agency said the Hellfire missiles which are part of the deal will “help to help improve the Iraq Security Forces’ capability to support current on-going ground operations.” Grad missiles and armored vehicles will also be coming from Russia to boost the army. The arrival of the materials have not been revealed.

Although the US led a military invasion of Iraq in 2003, it is unwillingly to send again. The supply to come from the US is expected to be easily approved by the Congress after a similar request of 466 Hellfire missiles were delivered in July. The new deal will include 5,000 AGM-114K/N/R Hellfire missiles and related equipment, parts, training and logistical support.