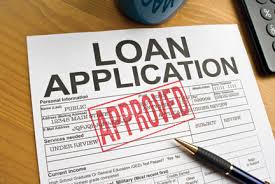 Several banks in Oman have signed an agreement with Oman Development Bank to support the Small and Medium sized Enterprises operating in the country even if they pose a major risk to the bank. The banks will however enjoy the government’s guarantee if they provide loans not surpassing a quarter of a million Omani riyals to the enterprises.
The agreements were signed between Oman Development Bank and five banks. The representatives who signed the accords were by Hamad Al Harthi the acting general manager of Oman Development Bank; Khalifa bin Said Al Abri, the acting chief executive officer of the Public Authority for the Development of the Small and Medium Enterprises and the chief executive officers or their representatives of Bank Muscat, Bank Dhofar, Bank Sohar, Al Ahly Bank and Bank Nizwa.
Oman Development Bank is hoping that the deals will oblige the banks to be supportive to the Small and Medium sized Enterprises. The loans are expected to help the enterprises develop and increase their productivity or expand their services.
Hamad Al Harthi the acting general manager of Oman Development Bank said the loan program that have launched for the small and medium sized enterprises is an “opportunity to the commercial banks” to have the government as the guarantor. He added it will also be useful to the banks because it will help them “achieve the lending ratio specified by the Central Bank of Oman based on the decision taken on the conclusion of the symposium of the development of SMEs that was held at Saih Al Shamekhat.”
Nevertheless, “new directors who have no sources or enough guarantees to start their own projects” will be the major target of the project, Hamad Al Harthi concluded.