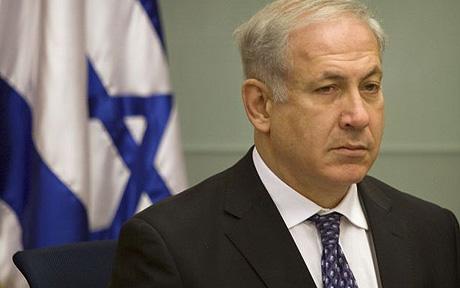 Israeli Prime Minister Benjamin Netanyahu has outlined his political policies in the Middle East after the militants fighting under the banner of the Islamic State in Iraq and the Levant (ISIL) continue to control more territories in Iraq prompting them to declare a caliphate. During his speech, Netanyahu supported the idea of an independent Kurdish state and a long presence of the Israeli military in the West bank to assure Tel Aviv’s security because he believes that Jordan is prone to an ISIL attack. He said the time has arrived for the Middle East to promote a “more enhanced cooperation.”
ISIL has made impressive territorial gains in Iraq and Netanyahu believes that Israel “must be able to stop the terrorism and fundamentalism that can reach us from the east at the Jordan line, and not in the suburbs of Tel Aviv.” He added that the fighters could move “towards Jordan in the shortest time;” making it necessary for Israel to continue its presence in West Bank border.
Prime Minster Netanyahu stated that the Kurds, who control an oil-rich autonomous region of northern Iraq, are “a nation of fighters [who] have proved political commitment, political moderation, and are worthy of independence.”
With regards to Palestine, Netanyahu admitted that a peace agreement will surely be reached for the creation of an independent Palestine but Israel “will have to continue controlling security in the territory up to Jordan for a very long time” because Palestinians are “not capable” of ensuring security while international forces will eventually withdraw.
Hanan Ashrawi, a senior figure in the Palestine Liberation Organization, said Netanyahu is finding means “to justify his ideological policy of annexing the West Bank or maintaining the Israeli military control of all of Palestine including West Bank.”