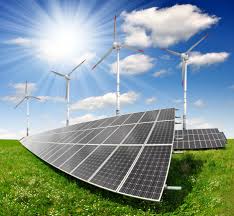 As the world continues to consider and invest more in the potentials of renewable energy, Saudi Arabia and the United Arab Emirates (UAE) have decided to follow the trend in a bilateral agreement between two institutions; Masdar of Abu Dhabi and King Abdullah City for Atomic and Renewable Energy (KACARE). The agreement between them is geared towards developing renewable energy and clean technology in the region from the sun, wind and water.
General Sheikh Mohamed bin Zayed Al Nahyan, Crowned Prince of Abu Dhabi and Deputy Supreme Commander of the UAE Armed Forces, hailed the need to promote cooperation between members of the Gulf Cooperation Council (GCC) because it contributes to the promotion of “security, stability and sustainable growth throughout the region.”
The two countries are known for their vast reserves in oil with Saudi Arabia topping the Global chart. The desires of Masdar and KACARE to collaborate their efforts are aimed at carrying out effective researches and develop advanced clean energy technologies. Hashim bin Abdullah Yamani, president of KACARE and Sultan Ahmed Al-Jaber, chairman of Masdar, signed the agreement on behalf of the two institutions.
Environmental dangers have forced people to adopt a more cautious approach towards our fragile surrounding. President Yamani of KACARE said among their motives to partner with Masdar is to implement “renewable energy projects in the region and around the world.” Masdar has made several “demonstrated credible achievements” and Yamani hopes that they will be successful in their partnership.
Al-Jaber said their collaboration will “contribute to extending the region’s energy leadership” because they share many common “strategic objectives with KACARE.” He also hoped that they “can further advance the use of renewables and ensure our long term economic and energy security.”