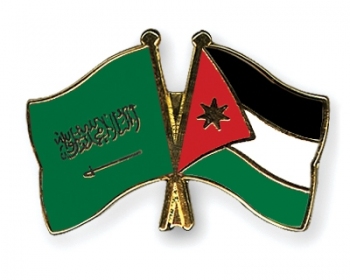 Saudi Arabia and Jordan have renewed their desire to further increase the economic cooperation between them. Their respective delegations will be meeting at the Riyadh Chamber of Commerce and Industry (RCCI) to discuss means of reinforcing the economic cooperation and how to overcome the challenges they face. The meeting which begun on Wednesday is the 14th Saudi-Jordan joint committee. Jordan’s delegation is led by the Minister of Industry, Trade and Supply Hatem Halawani while Saudi Arabia had its delegation headed by its transport Minister Jabara Al-Seraisry.
The Jordanian Minister hoped that the cooperation between the two countries will be boosted to another level while taking all the fields into consideration in order to strengthen the bilateral ties. His wishes were also supported by the Saudi Arabian minster as he cited Jordan as a historical trade partner that continues to be valuable under the eyes of the kingdom. The two ministers also exchanged ideas on enhancing mutual cooperation during their cordial talk at the RCCI and underlined the need to work on new areas of cooperation and opportunities.
The joint committee’s sessions were attended by business groups and investors from both countries hoping that trade and commerce will be enhanced. Both parties are hoping to derive positive energy from the challenges that have been facing in order to transform them into opportunities.
Businessmen from the two countries also had a meeting between them to find ways and means of increasing economic, trade and investment cooperation between the two countries. Jamal Al-Shamayleh, Jordanian Ambassador in Riyadh, also attended the meeting.
A member of the joint delegation said the joint meeting would also explore the possibility of strengthening ties in the area of rail networks and cooperation between the two countries’ maritime authorities.