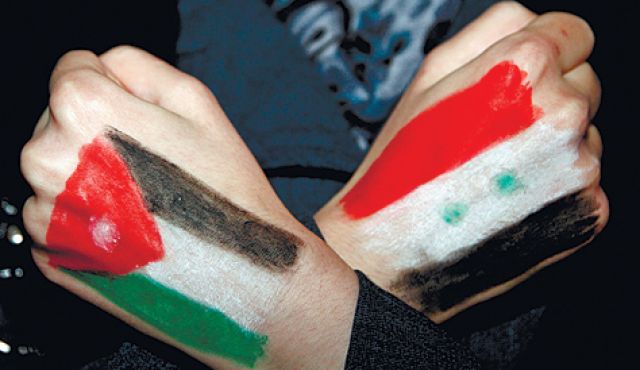 Amman and Damascus are engaged in a diplomatic tussle after accusations that the Syrian Ambassador in Jordan repeatedly insulted the country. Both countries have decided to send the head of the missions by issuing a persona non grata. Jordan has claimed that it has warned Syrian Ambassador Bahjat Suleiman several times before obliging him to leave.
The spokeswoman of the Jordanian Foreign Ministry said “repeated insults to Jordan and its leadership, institutions and citizens, through his meetings, writings and social media websites” have forced them to take the decision. She added that the ambassador used “Jordanian hospitality” to establish “a platform to question its positions and make false accusations and allegations against the kingdom” and also “used Jordan to directly insult brotherly and neighboring Arab countries.” The ministry claimed that he did also “insult” leaderships of regional countries.
Although the embassy didn’t make a statement, Damascus decided to react by simply declaring persona non grata to the Jordanian d’affaires to Syria. A 24 hour deadline was given to him as it was accorded to the Syrian ambassador. A statement from the Syrian foreign ministry claimed that the expulsion is “a response to the Jordanian government’s baseless decision to declare the Syrian ambassador to Amman persona non grata.”
Jordan has maintained that it has “repeatedly” cautioned Ambassador Bahjat Suleiman. Since the hosting of a Friends of Syria group meeting in Jordan, the Ambassador’s comments towards Ammman became very harsh. Damascus considers the group as an assembly of “Syrian enemies.”
He qualified Jordanians as “ignorants” after they boosted their military arsenal due to the Syrian war and termed the war refugees as “terrorists.” Rafi said that “Suleiman’s insults exceeded diplomatic norms, practices and accords” thereby obliging the authorities to act.