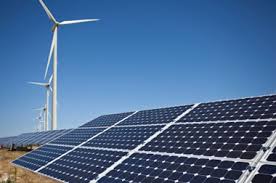 The Kingdom of Saudi Arabia is developing plans to become an energy exporter in the Middle East according to Dr. Abdullah Al-Shehri, head of Saudi Arabia’s Electricity & Co-Generation Regulatory Authority (ECRA). The kingdom is famous for its oil production and exportation but its latest ambitions will be done through renewable energy.
The vice-governor of ECRA, Nasser Qahtani, pointed out that they don’t know if they will be able to produce enough energy for exportation because they have not begun their experimentations on a “higher scale.” Evaluations have been done at “a very simple level in various areas” which the company believes doesn’t provide enough information to determine the potentials of the technology to cover the demand for electricity.
The Kingdom however set its sights on the implementation of a linkage agreement with Egypt and investment in renewable energy generation with hopes that it will turn into a multi-national electricity linkage network with a number of regional countries reaching as far as Turkey. Al-Shehri said they are “close to achieving this dream.”
Qahtani thinks that exporting energy will offer lower prices to consumers. He added that they are willing to “exploit lower-cost energies such as photovoltaic energy, which has developed greatly and its cost dropped in the last three years.”
Scientific studies about climate change and global warning has pushed the world towards renewable energy in order to reduce the pollution and protect the environment. The head of the Shorouq Center for Economic Studies, Dr. Abdul Rahman Baashan, said Saudi Arabia was pressing ahead with its strategy to reduce energy consumption by 2030 amid a noticeable increase in electricity and fuel prices in the domestic market.
The energy exportation plan is expected to promote and increase its influence in the region.