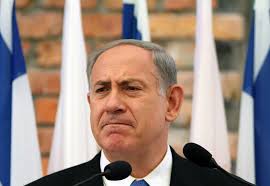 Prime Minster Netanyahu has stressed on the necessity of preventing “the renewed threat of mass destruction by a radical regime” in Iran after a meeting with U.S officials. He also met with National Security Adviser, Susan Rice, who gave assurances that Washington is determined to interrupt any nuclear developing arm in Iran. Israel and the U.S have been at loggerheads with Tehran even though the arrival of Rohani has helped to ease tensions. Iran considers its nuclear program to be its right and also destined for peaceful purposes. Countries against the program believe it has military objectives.
The White House through the delegation present at the meeting reiterated its “commitment to prevent Iran from acquiring a nuclear weapon.”  The statement also added that both parties shared their opinions “candidly and intensively, in the spirit of the extraordinary and unprecedented security cooperation between our two countries.” An Iranian military official has revealed that they have been doing drills on how to neutralize an American attack especially at sea.
Netanyahu underlined that “the most important thing” which “must be the ultimate and most important goal of the current negotiations with Iran” should be stopping it from attaining the ability of developing a nuclear weapon. He said that should “be the object of the talks” because it is “the best defense.”
Iran has been negotiating with permanent members of the U.N Security Council, Germany and the EU about its nuclear program. Tehran has not reacted to Netanyahu’s comments.
“Other critical regional and bilateral issues” were also discussed. Palestine is surely believed to be part of the agenda after the nine month negotiation failed. The reconciliation of Hamas and the Palestinian Liberation Organization has raised Israeli eyebrows and they are closely monitoring the developments.