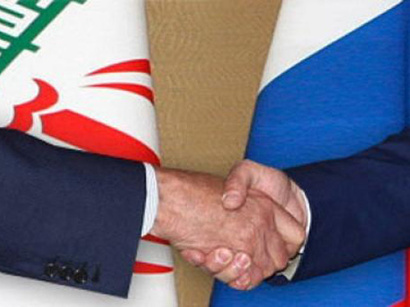 Iran is using the batter system to reinforce its trade with regional countries. Turkmenistan and Kuwait are countries with which it is ready to implement such plans. Oil Minister Bijan Namdar Zanganeh said Iran exports several machinery and industrialized products which can be used for the trade.
Turkmenistan’s Vice President, Khoja Muhammad Muhammadov, is on a working visit to Tehran and Oil Minister Zanganeh has already proposed a gas-for-goods deal. Turkmenistan produces natural gas, electricity, textiles and agricultural products which are of interest to Tehran. According to Zanganeh, Iran is willing to send goods to Turkmenistan in exchange for gas. Iran produces a variety of products which can be exported such as machinery, construction materials, sedans, buses, food stuff, agricultural and petrochemical products, electrical products and home appliances.
Iran is hoping to diversify its sources due to the sanctions levied on it by the European countries and the U.S. It also wants to increase its exportation to regional countries and also attract direct foreign investment into the country. Negotiations are already at advanced stages with the Russia if a possible 20-billion- dollar oil-for-goods deal wherein Iran will be providing oil in exchange for goods.
Kuwait is one of the countries that Iran is hoping to foster existing trade ties. According to Iran’s Deputy Minister Valiollah Afkhami-Rad of Industry, Mine and Trade, Kuwaiti investors have already been given a package of oil and gas investment projects and urged to consider its contents because “there are many grounds for investment” in the country. Iran is also ready to export natural gas and liquefied petroleum gas (LPG) to Kuwait.
Iran is heavily dependent on oil and sanctions targeting its economy have given the country hard times.