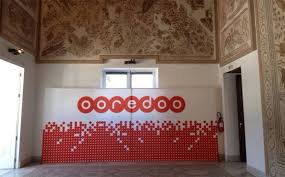 QatarTelecom or Qtel now known as Ooredoo has finally baptized Tunisiana with the same name in a ceremony held in Tunis. The Tunisian telecommunication company has now become the fifth company that the group has attached to its brand. However, subscribers to the company are unhappy with the decision and have started an internet campaign against the company. Qatar telecom decided to change its name to Ooredoo in February 2013.
Tunisiana was the first private telecommunication company in Tunisia. It was established in 2002 and was partially owned by Sakhr el-Materi, son of former President Ben Ali. His shares were frozen by the government after the revolution. Ooredoo now owns 90% of the company’s stake.
Kenneth Campbell, CEO of Ooredoo Tunisia, said the new brand will come along with “tangible benefits in the coming weeks, thanks to a wide range of exciting new offers that will make data more affordable and accessible.” There are plans to also launch Ooredoo-branded smartphones at affordable prices and ease access to new telephone devices by trading in old ones.
Tunisians are against the Qatari takeover. They believe that the Gulf nation is increasingly enlarging its influence in the North African country. The company’s brand is already present in Algeria, the Maldives and Myanmar, as well as Qatar and Tunisia. Ooredoo has a presence in various markets across the Middle East, Africa and Asia, many of which have yet to adopt the new brand. These include its Wataniya units in Kuwait and Palestine, Asiacell in Iraq, Indonesia’s Indosat and Nawras in Oman.
Subscribers to the company have taken to the social media to protest. They are using Ooredoo which means ‘I want’ to propagate anti-Qatar and anti-Ooredoo messages to encourage the boycotting and destruction of SIM cards.