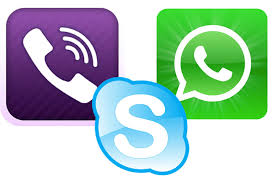 Saudi Arabian authorities have reacted to the advancement of technology by suspending the use of applications facilitating the use of Voice Over Internet Protocol (VOIP). The Communications and Information Technology Commission (CITC) issued a warning in March that the use of applications such as Viber, Whatsapp and Skype were contrary to Saudi’s laws. Although Saudi officials have forwarded various reasons for their reason, analysts believe that a decrease in income remains to be the major factor.
The statement on ICTC’s website stated that “the viber application has been suspended” indefinitely before adding that “any other applications [sic] or services [sic]” that is aligned to the requirements and rules of the kingdom will receive appropriate action. The commission has declined to comment on its actions when contacted for more details. Viber allows subscribers to make free calls, send instant messages and share files over the internet and its use is believed to have made it hard for the state to monitor. It also deprives licensed telecom companies of revenue from international calls and texts.
Earlier this year, the Interior Ministry’s spokesman complained that Islamist militants were taking advantage of social media to foment unrest. However, in a separate interview with Reuters he argued against imposing stricter controls.
It could be difficult for Saudi Arabia to implement the ban because there are loads of applications. Viber issued a message on its website that the service is banned in Saudi Arabia when attempts were made to download it.
The kingdom boasts of a 188% of mobile penetration in 2012 and the popular use of smartphones connected to the internet will surely affect revenues of the telecommunication companies. Conventional international calls and texts are a lucrative earner for telecom operators.