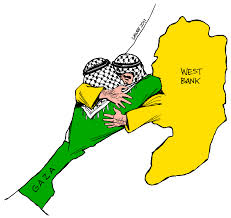 Two important political bodies in Palestine have decided to reconcile in the interest of the country. The Islamic Hamas movement and the Palestine Liberation Organization (PLO) agreed on Tuesday night and are willing to implement agreements and understandings that they have reached in the past in order to end the internal division which has separated for almost 8years.
The reconciliation meeting was held in the Gaza Strip. Azzam al-Ahmed, a member of Palestinian President Mahmoud Abbas’ Fatah Party, led the delegation of the PLO. His arrival in the Gaza Strip mark the beginning of a new era as both sides have reiterated on their willingness to reconcile and bury the hatchet.
Speaking after his arrival in the Gaza Strip, Azzam al-Ahmed said they have reached a point wherein enough is enough and the “zero moment for ending our internal division” has arrived.
Alongside the implementation talks, the delegation will also discuss the formation of the unity government, scheduling of a date for holding the parliamentary and presidential elections as well as the elections of the Palestinian National Council and the parliament of the PLO in exile.
Hamas is also positive about the dealings. Ismail Haneya, premier of Hamas rule in Gaza and also deputy chief of the Hamas movement, told the PLO delegation that it “is the era of implementation and not an era for more dialogues.” Both parties have concluded accords in Cairo and Doha.
Mr. Azzam el-Ahmed’s visit mark to Gaza Strip marks the symbolic beginning of a senior member of the PLO to ever set foot on the land since Hamas took over it using force.
Palestine is still entangled in internal differences which have affected its efforts to reach a final agreement with the Israelis.