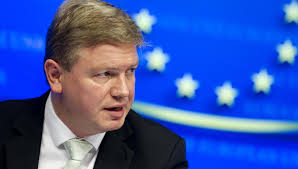 The European Union and Tunisia have taken new strides towards strengthening the relationship between them. Commissioner Štefan Füle, following the Foreign affairs – EU –Tunisia Association council, in a statement to the press congratulated Tunisia for its inclusive political process leading to the adoption of the constitution. He also recognized the ongoing transition as well as the efforts of authorities, civil society, trade unions and businesses to continue the reforms thereby improving the quality of life.
Mr Füle encouraged the endorsement of the EU-Tunisia action plan which will pave the way for functional bilateral relations in the future. The strengthening of Tunisia’s relations with the EU in terms of economic integration will yield benefits for Tunisia in terms of foreign investments, market access, competitiveness as well as creation of jobs. Improved governance, respect of human rights and democratic principles are envisaged to be prime objectives.
Highlighting achievements in bilateral relations, Füle pointed out the signature of the mobility partnership which should allow better management of migration issues and present both sides with equal opportunities. Part of achievements are the framework agreement on Tunisia’s participation in EU programs, set at the perfect time as EU programs have been recently approved with imminent implementation, and an intense technical and financial cooperation. Assistance reaching €485 million in 2011-2013, more than twice the envisaged amount shows a surge in financial cooperation in line with the “more for more” principle.
Mr Füle mentioned talks on economic integration agreement, increased trade in agricultural products, completing negotiations on the ‘open sky’ agreement as opportunities for development of relations. These negotiations are foreseen to be of mutual benefit to both Tunisian and European citizens. Discussions are to continue on issues such as cooperation between EU and the Arab Maghreb Union.