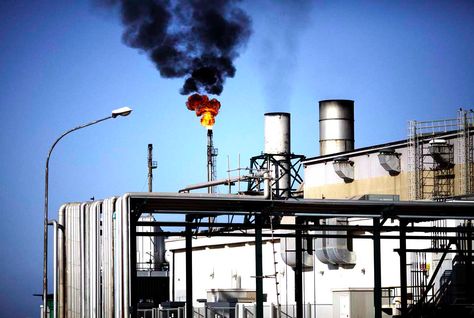 Kuwait, one of the oil-rich Gulf countries, has raised its oil production capacity to 3.3 million barrels of oil a day (bpd) and hopes to hit 3.5 million bpd target in 2015.
“Kuwait has increased its production capacity to 3.3 million barrels per day and it will reach 3.5 million barrels per day by 2015,” said the chief executive of the state-owned Kuwaiti Petroleum Corporation Nizar al-Adsani.
Kuwait looks forward to producing 4 million bpd in 2020, despite slow progress in developing new projects, he said. To reach this goal, the Kuwaiti oil officials say the Gulf country needs the input and the technical assistance of foreign companies which have the required technologies and the needed expertise to boost production.
Kuwait is planning the construction of new oil refinery. The plant is dubbed “the Al Zour” refinery. It is part of Kuwait’s economic development plan to upgrade its infrastructure and will cost the OPEC member country 4.18 billion dollars.
The government’s spending went up 8 pc in the first 10 months of this fiscal year compared with the same period the previous year. The public expenditure of the world’s major oil exporter has reached $37.6 billion in the April-January period, up from $ 33 billion a year ago.
High oil prices have helped indeed the Gulf Arab state build large fiscal buffers. But economists say the country needs to control soaring public wage growth and other non-investment spending in order to keep posting budget surpluses into the next decade.
For its part, the International Monetary Fund has sounded the alarm bell stressing the need for Kuwait to restrain the rising public sector wage bill and subsidies because any sustained period of low oil prices could hit badly the country and eat up all its budget surpluses.