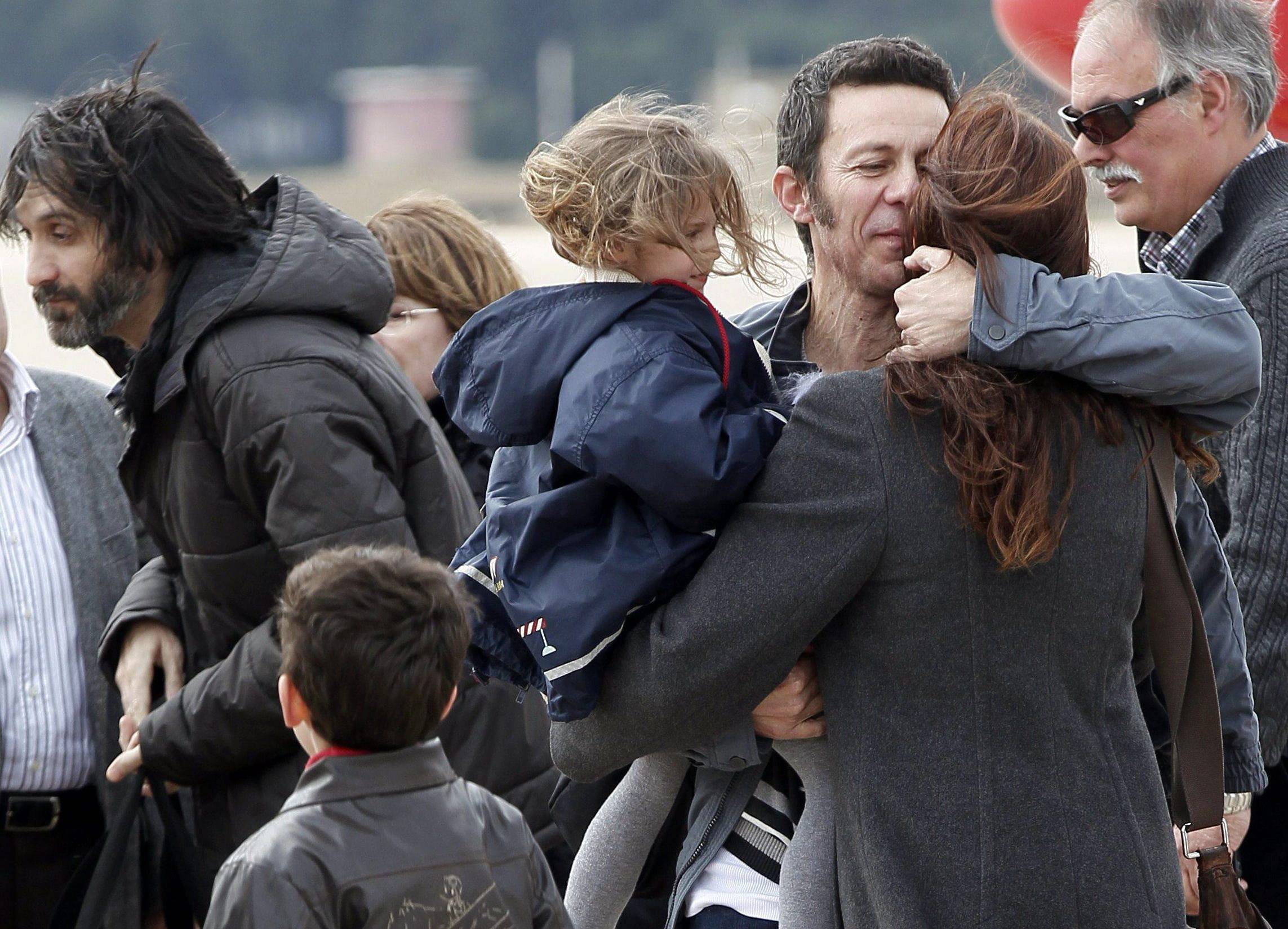 The two Spanish journalists, who were held hostage by a terrorist group linked to al Qaeda operating in Syria, have been freed after spending more than six months in captivity.
The two hostages, Javier Espinosa, a 49 reporter of El Mundo and freelance photographer Ricardo Garcia Vilanova, 42, were released by their captors and handed over to the Turkish military.
They were abducted by a jihadist faction “the Islamic State of Iraq and the Levant” (ISIS) as the pair attempted to cross the border from Syria to Turkey.
Mr Espinosa is an awarding winning veteran correspondent for El Mundo who has been based in Beirut since 2002. The news of their liberation was greeted with joy by family, friends and colleagues.
According to some press reports, some 40 other western hostages are still being held by the group, including at least nine foreign reporters and several aid workers. Many other Syrian reporters are also in captivity.
Mr Espinosa narrowly escaped death when he was caught in an attack on the besieged city of Homs in February 2012. A rocket fired at a house where he and other foreign journalists were staying killed Marie Colvin, a Sunday Times correspondent and Remi Ochlik, a French photographer.
No details have yet been emerged on the conditions of their release while some rumours are swirling regarding the payment of a ransom in exchange for their freedom.
Several international news organisations have called lately on Syrian rebel groups to stop kidnapping journalists, and to free those who are currently held. But the jihadist rebel fighters deem all foreign journalists and aid workers in Syria as spies.
The high risk of kidnapping has prevented most foreign journalists from going to rebel-held areas in Syria wherein the Free Syrian Army’s political wing – the Syrian National Coalition – says it is committed to protecting journalists, and securing the freedom of hostages.