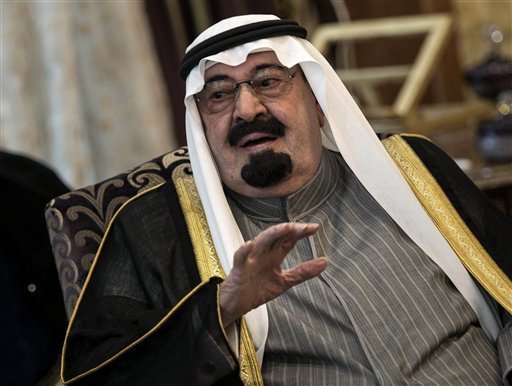 Saudi Arabia has placed the Muslim Brotherhood in its a terror black list including also Al Qaeda, two jihadist groups fighting with the Syrian rebels, the Nusra Front and the Islamic State in Iraq and the Levant.
The Saudi watch list includes all terrorists’ organizations blacklisted by the United Nations and other regional & international bodies.
According to a royal decree, any Saudi citizen found guilty of fighting in conflicts abroad faces a jail terms of up to 20 years. The decree bans meetings, demonstrations, funding and online propaganda and literature  supporting jihadists groups.
Some intelligence experts say hundreds of Saudis are believed to be fighting in Syria and could pose a security risk when they return home.
Saudi Arabia has supported the Sunni-led rebels fighting against Syrian President Bashar al-Assad but fears a backlash from radical jihadist groups.
The new Saudi terror law imposes tough sanctions for anyone backing the incriminated organisations. Amnesty International has criticized the law, saying it could be used to suppress peaceful political dissent.
Earlier this week, Saudi Arabia, the United Arab Emirates and Bahrain pulled their ambassadors from Qatar which supports the Egyptian Brotherhood.
The Egyptian interim government has already placed Egyptian Brotherhood in its terror watch list following a suicide bombing that killed 15 people in a police station in December.