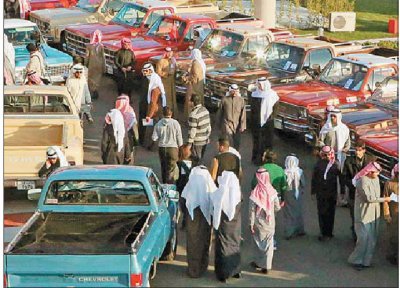 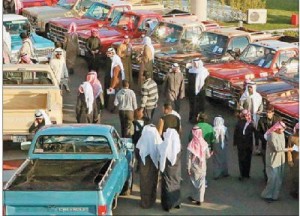 Kuwait is likely to fall into a national budget deficit by the end of the decade if it doesn’t cut down on subsidies which accounts for 20 percent of government spending amounting to a rough estimate of $16 billion a year. The government formed a committee last November to review its subsidies program; following warning from Prime Minister Sheikh Jaber Al-Mabarak Al-Sabah that the spending on subsidies should be revisited, after data showed a shrink in budget surplus. The surplus shrunk by 11 percent in the first nine months of the Kuwaiti fiscal year and a 2014-2015 draft budget showed that expenditures are to rise by 3.2 percent.
Al-Sabah insisted on the need for a shift from consuming the nation’s resources to producing it, a factor that Kuwaitis are not used to doing as they are very much dependent on the government. However the committee aims to make a cut-down without eliminating the program entirely for the sake of those in dire situation, reported the Finance minister Anas Al-Saleh.
Kuwaitis were greatly provided for by the state. They receive house and food subsidies, free health care and education, and buy fuel and utilities at very low rates. Hence, the changes which could include raised charges for utilities need to be well-planned and gradually implemented.
Reallocating resources would be a challenging task for the government as it has failed in the past to implement economic stimulus and capital works programs which often led to delay in project development and under-budget spending. However, if it succeeds in re-directing funds to investments generating growth, it could have a great impact on its cost cutting measures. With a sovereign wealth fund of about $400bn, Kuwait has a massive fiscal reserve.