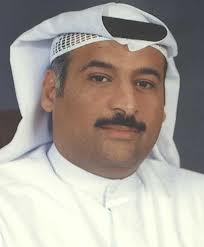 In seeking to attract new entrants to the market and promote competition, Bahrain is making changes on its existing takaful model, a type of Islamic insurance where members contribute money into a pooling system in order to guarantee each other against loss or damage. The takaful model is based on Sharia and the premise that it is the responsibility of individuals to co-operate and protect each other.
As the global insurance industry is transitioning from a traditional to a prescriptive principles-based approach of reserve and capital regulations, there is need to standardize regulations in terms of regulatory and market conduct requirements in the GCC countries. In addition, Central Bank Bahrain has introduced new rules on client money aimed at enhancing the regulatory framework in relation to appointed representatives and insurance brokers.
Central Bank’s Executive Director for financial institutions supervision Abdul Rahman Al Baker highlighted that “it is also important for insurance entities to ensure that investments are diversified and not concentrated in a particular sector or high risk assets.” He added that “maintaining adequate level of solvency in line with best regulatory standards is another priority for regulators in the Middle East.” The revised approach will help in “providing early warning to regulators” in order for them to act before it is too late.
Bahrain is well known for the highest life insurance penetration in the GCC but compared to global levels they are very much below.  “Due to the huge potential for long-term insurance business in both Bahrain and the whole GCC, it would be sensible to invest in this line of business,” said Mr Al Baker suggested.
The revised takaful model is expected to be introduced into the market before the end of the first quarter according to sources.