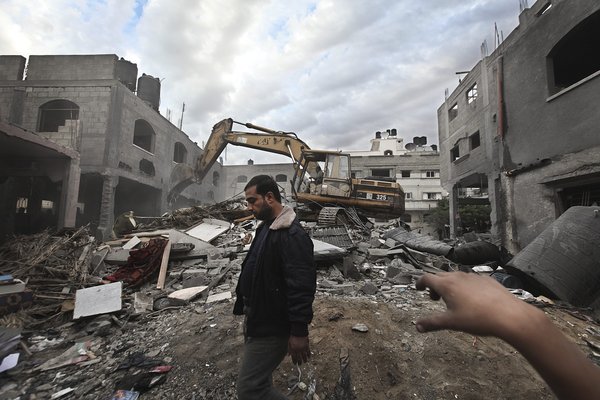 People living in the Gaza Strip rejoice over Qatar Charity’s (QC) decision to finance the rehabilitation and reconstruction of 200 housing units at an estimated cost of QR20,5 million. The two agreements were signed with the ministry of public works and housing in Gaza, Dr.Yousef al-Ghrez. The program enjoys the financial support of the Gulf Co-operation Council (GCC) for the reconstruction of Gaza in co-operation with the Islamic Development Bank in Jeddah.Qatar Charity was represented by its deputy director of its office in the Gaza Strip, Mohamed Abu Halloub.
The rehabilitation and reconstruction project in general has not been given any limited amount of people or houses to consider. The process is expected to include all the houses in the Gaza Strip as far as the budget is available. The construction quality will not be neglected and there are plans to adapt it to the needs of those who are physically paralyzed when needed.As part of the program, the provision of solar energy or alternative sources of energy will also be catered for.
Assistant executive director for international development and director of the Qatar Charity office Ibrahim Zainal said “the second project, which includes the reconstruction and equipping of the ministry of finance, is part of QC’s endeavor to support Palestinian institutions to perform the duties assigned to them and provide quality services to the people”.
The Ministry of Finance will also be equipped by QC to render it more productive and modernize.
Minister Al-Ghrez extended the appreciation and gratitude of the Palestinians to QC. He made a recall of the projects they have implemented in Palestine and hailed them as a “champion” of the Palestinian people in terms of its projects.