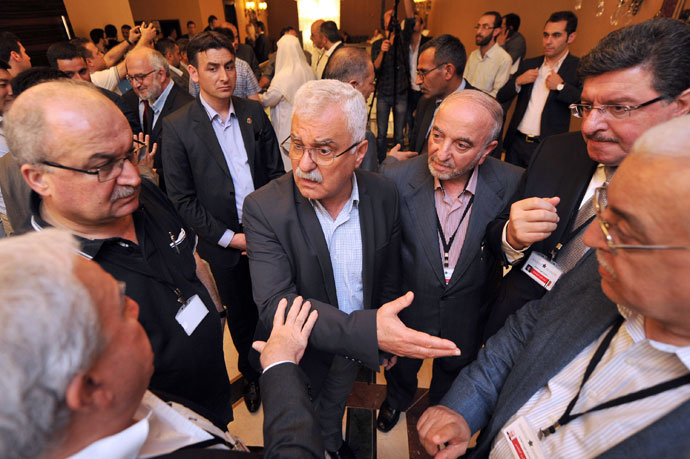 Barely less than two weeks before Geneva Convention II, Syrian rebels are yet to have their house in order. The group of the Syrian opposition parties can’t still agree on whether they will attend the important meeting.  Assad continues to strengthen his position in the Syrian war and increases his assault on rebel held positions.
The conference is considered to be an important step towards bringing peace in Syria but the uncertainty surrounding the participation of the Syrian National Coalition (SNC) continues to slow the process.  Hadi Al Bahra, a member of SNC’s political committee stated that the vote on the decision should have taken place on the 7th of January. He added that postponement was due to negligence of the principles agreed on with Damascus during the first conference.
The opposition groups want President Assad to step down for a transitional government that will be responsible for organizing elections in which Assad can’t be a candidate. Assad is still in power and is expected to run in the upcoming elections. The debate over these issues has divided the different parties of the SNC.
Abdulrahman Alhaj, a member of the Syrian National Council, an important member of the SNC, took his time to warn that reports about Iran participating in the conference simply meant that “there won’t be a Geneva Conference”.  The spokesman of UN’s secretary General Ban Ki-moon has denied Iran’s participation. Abdulrahman wants “a credible united opposition to go to Geneva”.
Iran has been known for its strong support of President Assad. It has been accused of providing the Syrian government with arms.
The conference is scheduled to take place on January 22nd and the SNC is expectedly to decide on its participation on January 15th; the latest.