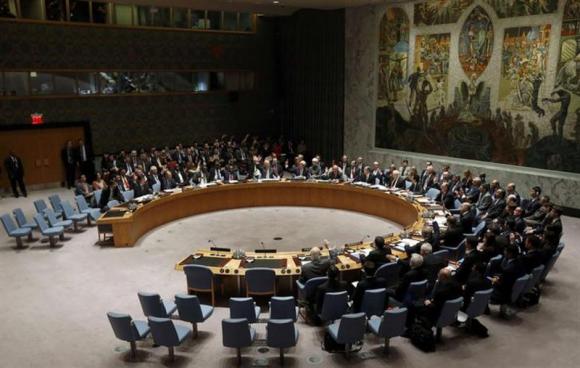 Jordan took over the UN Security Council presidency on Wednesday, the first day of its two-year stint on a 15-nation body struggling to cope with conflicts in Syria, South Sudan, Central African Republic, Mali and elsewhere. The country got access to the seat after Saudi Arabia declined to take up the post as a form of protest against the functioning of the Council, its failure to end the Syrian war and act on the Israeli-Palestinian conflict and other Middle East issues. Jordan’s presidency is expected to be marked by demands for the respect of Human rights.
Members of the Security Council are expecting Jordan’s presidency to be heavily marked by new demands for the respect of Human rights. The country is known for its tough stance on the issue and its Ambassador to the UN, Prince Zeid Ra’ad Zeid al-Hussein, has made a name for himself among his colleagues with regards to such matters.
Richard Gowan, an international relations expert at New York University, said the Ambassador Zeid “could prove to be a surprisingly weighty voice in council debates”. Some UN Security Council diplomats believe he can become an influential member of the council. Prof. Gowan added that “Prince Zeid is one of the best-known ambassadors around the UN and a genuinely thoughtful critic of the organization”.
The Syrian war is expected to be high on the agenda during Jordan’s presidency. The country already shelters more than half a million refugees. The Syrian dossier continues to be blocked at the council due to the differences between the permanent members. Russia and China are against resolutions sanctioning Assad.
Gowan expects the five permanent members of the Security Council to “still dominate council business” and their different positions towards Syria are expected to continue.