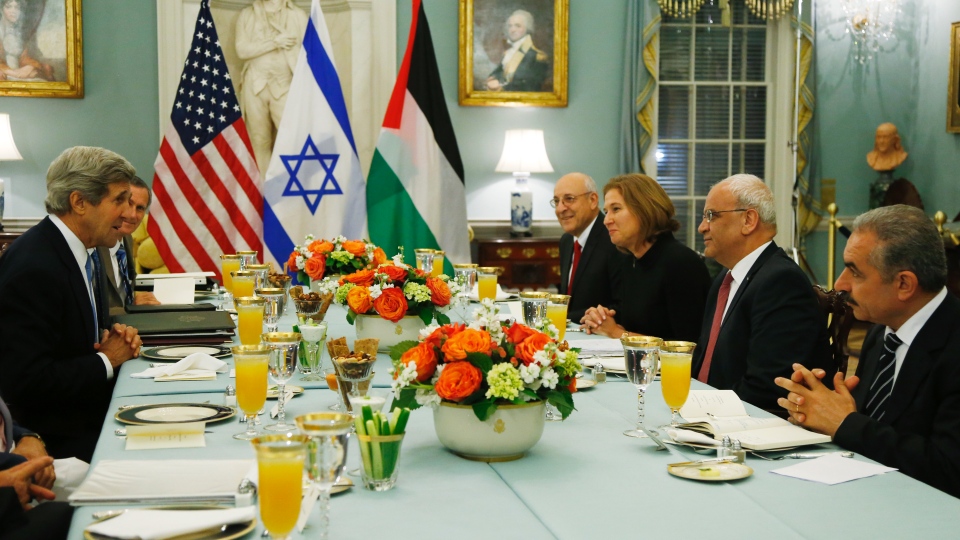 Palestine’s Chief negotiator, Saeb Erekat, has revealed that they will be willing to extend the negotiations with Israel if they can reach framework agreement by the end of the nine-month negotiations in April. Palestine and Israel have diverging views on how to end the conflict with both sides accusing each other of lacking the political zeal in finding a solution.
Erekat said that the process is being stalled by decision makers as he claimed that “if Netanyahu decides it’s going to happen, it’s going to happen.” Netanyahu is against demarcating borders on those of the pre-1967 war or using it as a starting point of negotiations as well as the partition of Jerusalem into an Israeli and a Palestinian capital.
Palestine’s chief negotiator doesn’t think that a final deal is possible in April. He stated that they are working towards a “framework agreement” rather than a “peace treaty”. The framework will be determining the “the skeleton” of a peace treaty which according to him is agreeing on “the borders, the percentage of swaps, the security arrangements, the Jerusalem status, refugees”. Israel has not reacted to Erekat’s comments.
Palestine has earlier on warned that if the talks broke down, it will renew its effort for international recognition at the UN and at other international organizations. The U.S was able to begin negotiations but Erekat stated that Kerry “did not present comprehensive proposals.”
The Palestinians want a state in the West Bank, Gaza Strip and east Jerusalem, territories Israel captured in the 1967 Mideast war, but are ready for minor land swaps to enable Israel to keep some of the larger of dozens of Jewish settlements in the West Bank and east Jerusalem.
Clashes between Palestinians and Israeli soldiers are frequent in the disputed territories