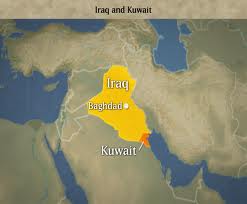 Kuwait and Iraq have renewed their efforts to strengthen their bilateral relationships by safeguarding their investments and regulating navigation in the Khor Abdullah. Three agreements were signed in this regards by their foreign ministers; Sheikh Sabah Al-Khaled Al-Sabah of Kuwait and Hoshyar Zebari of Iraq. Security cooperation was also discussed despite certain disagreements between them.
The two countries signed two agreements assuring that they will continue to protect each other’s investments and to continue to encourage trade and investments between them. Although Iraq is relatively stable, Minister Al-Sabah applauded the government for its achievements since the end of the war. Minister Zebari affirmed that they have improved dramatically after the war and assured Kuwaitis that business is getting back to normal as a large number of companies continue to handle major investments.
A third agreement centered on the regulation of navigation in Khor Abdullah. The two parties are at logger heads over the construction of a state-of-the-art container harbor. Iraq doesn’t support the idea of Kuwait constructing the harbor. Its call for a halt of the construction has not been heeded to. The two parties didn’t dwell on the issue during the press conference after the signing ceremony.
The two ministers also discussed security issues especially in the Middle East and how to assure that security and stability in the region. The Iraqi foreign minister blamed the groups linked to Al-Qaeda for the mayhem in Syria because Syrians don’t desire to live for what the rebels are fighting for; a state headed by Al-Qaeda.
During Saddam Hussein’s regime, Baghdad didn’t have good relations with Kuwait. Saddam will go a step further by invading Iraq with the aim of subjecting it to his control.