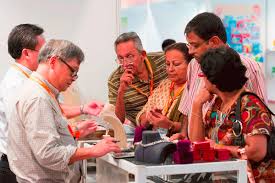 The United Arab Emirates (UAE) and Hong Kong have renewed their desire to further develop their trading ties.  UAE wants to be the inevitable hub in the Middle East and has been reinforcing its ties with trading partners from different regions. Abdullah Ahmed Al Saleh, Undersecretary for Foreign Trade at the UAE Ministry of Economy, said the two partners share “historical trading relations” which has been increasing and hopes that the trend will continue.
Hong Kong already has plans to promote its products in the Middle East and wants to use the UAE as its entry-point. It will be launching a platform there to market its products and provide total sourcing solutions for Asian companies too.
The idea is welcomed by Al Saleh because of its coherence to their plans. He said UAE’s trade policy will enable it to make use of Hong Kong’s position as a major re-export hub in the world. Together when these hubs decide to join hands it can only culminate into more trade opportunities, helping UAE economy both locally as well as globally”, he added.
Trade transactions between the two partners have been positive. In 2012, it reached a record $9 billion signifying a 30% growth from 2011. Al Saleh is expecting the figure to much higher this year. He also hopes that they will be benefitting from the experience and expertise gained by Hong Kong in the services sector because it accounts for 93% of the latter’s GDP.
Hong Kong is holding a lifestyle expo in Dubai with the participation of more than 60 selected Hong Kong companies. The event is expected to further bridge the ties between them. Hong Kong is seeking to increase its activities in the region by holding expos in different coun