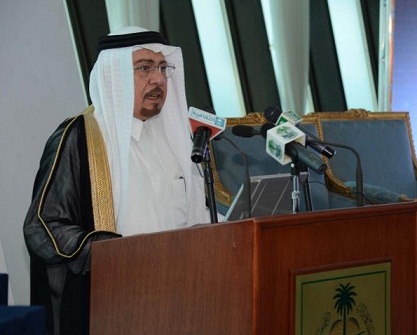 Saudi minister of state for foreign affairs  Dr. Nizar Madani has called for a greater collaboration between the members of the Gulf Corporation Council at the Manama Dialogue. He emphasized on the need for a closer Gulf “union” with states ceding some of their sovereignty to make it more powerful and an important regional organization. He recalled that “union” was used during the creation of the organization. Certain aspects of his views were moderated by his Omani homologue Yousuf Bin Alawi.
Minister Dr. Nizar Madani said the reform of the organization is necessary because there is a lack of a clear strategic vision. He urged the members to be willing “to relax their sovereignty” in order to pave way for the strategic reform of turning the organization into a “union”. The minister went on to further underline the reform should also aim at making the Gulf Union an important regional player by empowering its military to make it a dominant regional force. Delegates at the meeting agreed that a reform was needed.
However, Oman’s Foreign Minister Yousuf Bin Alawi pointed out that the reform will not be undertaken as wished by Saudi Arabia. He stated that they “must not get into local or remote conflicts” and should work towards keeping “our region away from regional conflicts”.

The Saudi Arabian Minister raised eyebrows about Iran but Alawi believes that “force and power does not mean conflict”.Saudi Arabia wants a reformed GCC to take a tougher stance against Iran. The two countries have a tense relationship. Oman doesn’t want to jeopardize the good relations it has with Tehran. It played an important role in the recently concluded nuclear program agreement in Geneva by organizing secret talks between Iran and the US.