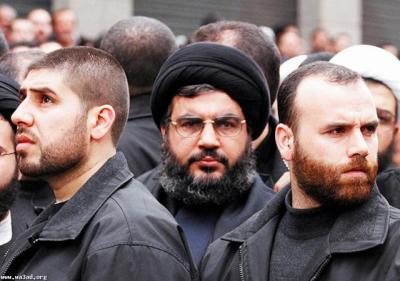 Sheikh Hassan Nasrallah, the leader of Hezbollah, has openly accused the Kingdom of Saudi Arabia of being behind the last month Iranian embassy bomb attack. This is the first time such an accusation has been leveled directly against Riyadh by the organization. Iran is trying to mend its ties with the Kingdom but these accusations could sour their already bitter relations.
Two suicide bombers exploded themselves near the Iranian embassy in Beirut killing more than 20 people and among them an embassy staff. Groups linked to Al-Qaeda have claimed responsibility saying that it was in response to Iran’s and Hezbollah’s involvement in the Syrian war. Hezbollah has not denied that it has fighters in Syria supporting President Assad. Tehran and Hezbollah share close ties
Neither Tehran nor Riyadh has reacted to the allegations made by the Hezbollah leader who blames Saudi intelligence of providing backing and support to the group. He added that daily attacks that Iraq is experiencing are also supported by Saudi Arabia. His allegations could fuel hostilities between the Sunnis and Shias in the region.
These revelations surfaced a day after Iranian Foreign Minister Zarif urged for an end to sectarian politics in the Middle East to attain regional stability. Zarif said that he is “ready to go to Saudi Arabia” which is “just a matter of being able to arrange a mutually convenient time” to mend their ties.
Shias and Sunnis have long been divided on religious lines. The division has heavily affected the policies of several countries in the region. Zarif thinks that they must overcome this state and collaborate “to end violence and bring about a political solution to end this tragedy which is a shame for both the Sunnis and Shias”.