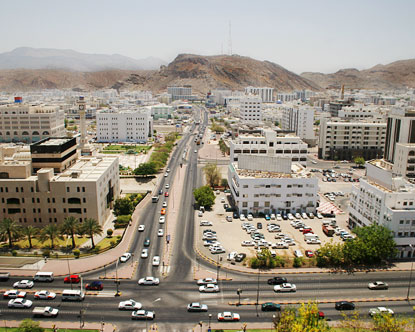 Oman will be spending more than $50 billion in its five year development project which stretches from 2011 to 2015. The plan is aimed at modernizing and upgrading the country’s infrastructures and bridging it closer to regional countries.
Almost $78 billion will be distributed in several infrastructural investment projects ranging from roads, railways, air and sea ports.
The aviation sector in the Middle East has been revolutionized and Muscat wants to adapt to the trend. A report from Baitak of the Kuwait Finance House said almost $2billion will spent on expanding the Muscat international airport while around $800 will be allocated to the airport in the southern Salalah province. The country’s airline, Oman Air, has just concluded a codeshare agreement with Turkish Airlines and the latter’s CEO Temel Kotil said Oman is “rapidly growing”.
As part of the Gulf Cooperation Council (GCC) rail network, a $25billion rail network to link it with other Gulf States is also underway. The first stage which will link it to the UAE is expected to be completed in 2017. Almost $4,5billion will be pumped into road development and related projects.
According to Baitak, “Oman’s infrastructure is heading for a moderate but steady growth in the next few years with plans to invest RO30 billion during the 2011-2015 development plan, the bulk of the funds are expected to be pumped into transport and social infrastructure.”
The modernization of its seaports will boost the country’s potentials in promoting cruise tourism in the region. The country has signed a cruise partnership deal with Dubai to boost its opportunities. Dubai serves as the cruise hub of the region and is home to some of the world’s leading cruise lines such as Costa, Aida, Royal Caribbean, TUI and MSC Cruises.