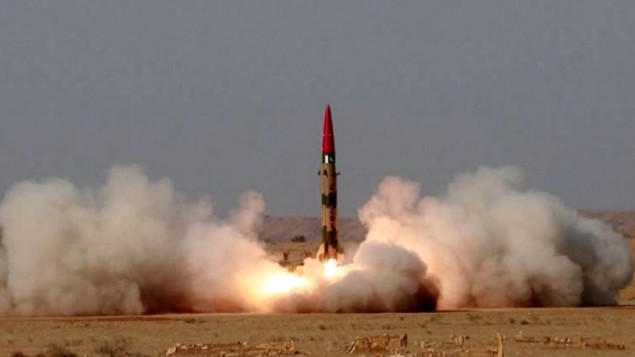 Saudi Arabia can easily order ready-made nuclear weapons from Pakistan whenever it deems it necessary, BBC Newsnight investigations revealed. The revelations came after reports announced the possible relaxation of sanctions on Iran. Saudi Arabia has always denied concluding a nuclear deal with Pakistan but findings of the investigations have proved otherwise.

Israel and Saudi have always been united against Iran’s nuclear program. In October,  Amos Yadlin, a former head of Israeli military intelligence warned that Saudi Arabia “will not wait one month” to get what “they need to bring” from Pakistan if Iran has nuclear bomb capabilities.

In 2009, King Abdullah stated that they “will get nuclear weapons” if Iran reaches irreversible stages. BBC Newsnight claimed that there are a stockpile of missiles destined for Saudi Arabia when needed. The oil rich kingdom has been very supportive with regards to financial assistance to Pakistan’s defense sector, including, western experts allege, to its missile and nuclear labs.

According to a former Pakistani intelligence officer, “the Pakistanis maintain a certain number of warheads on the basis that if the Saudis ask for them they would immediately be transferred.”
BBC Newsnight claimed that there findings have discovered that Saudi Arabia has “already paid for the bomb” and get their atomic bombs from Pakistan “at will”.

The revelations have been rubbished by Pakistan. The foreign ministry stated that the findings are “speculative, mischievous and baseless”. It claimed that they are a “responsible nuclear weapon state with robust command and control structures and comprehensive export controls”.

Gary Samore, a former counter-proliferation adviser to Obama, thinks that “just giving Saudi Arabia a handful of nuclear weapons would be a very provocative action”.
The kingdom of Saudi Arabia has not reacted to the claims of Newsnight.