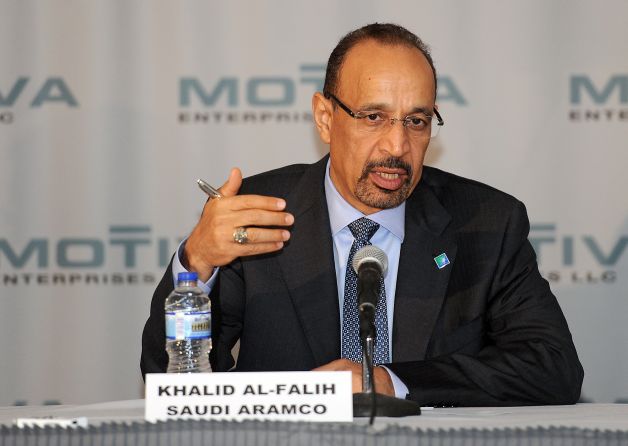 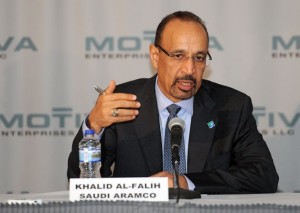 Chief Executive Khalid al-Falih of Saudi Aramco was speaking at the World Energy Congress in Daegu, South Korea, when he mentioned that they are ready to begin shale gas production together with other unconventional resources to generate more power. The Kingdom of Saudi Arabia has large deposits of the resources and plans to begin its commercialization. The exploitation of shale has been criticized as being a danger to the environment and responsible of earthquakes. The kingdom’s oil reserve is doubled by its unconventional reserves.
The announcement by Chief Executive Khalid al-Falih shows Saudi Arabia’s intention to join the list of shale gas producing countries. He said that production and supply to customers could be starting in the “next few years”. Shale gas has proved to be very beneficial to the United States after it helped it lower its international gas demands with hopes that it will become a major exporter.
Oil minister Ali al-Naimi estimated that the unconventional gas reserves are more than 600 trillion cubic feet. Saudi Arabia has less than half of that amount of evaluated conventional reserves. The decision is part of the kingdom’s strategy to increase its exportation and use shale gas to generate domestic power. Studies have concluded that it can produce enough power to support the local economy.
The ambitions of the kingdom could be affected by water scarcity and prices fixed far below production costs.
Chief Executive Falih said they are ”ready to commit gas for the development of a 1,000 megawatt power plant which will feed a massive phosphate mining and manufacturing sector” after the launch of the unconventional gas program in 2011. Maaden, a mining company, plans to invest in a phosphate project with production expected to start by the end of 2016.