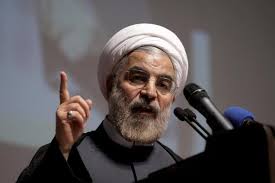 President Hassan Rouhani has reminded world leaders that they have to capitalize on the change of power the elections have offered them because the solution to Iran’s nuclear program “will not be limitless.” He has also ruled out any solution offering a “win-lose” situation. The newly elected president made these remarks during an interview with the state television.
Iran’s uranium enrichment program has attracted criticism from the European countries and the U.S that it is developing a nuclear weapon. Talks between the five members of the U.N’s Security Council and Germany have proven to be a failure. President Rouhani has decided to relieve the Supreme National Security Council from future negotiations and task it with the foreign ministry. He is also willing to discuss the issue with foreign ministers of these countries during U.N’s General Assembly later this month.
Tehran has always maintained that its nuclear program is for peaceful purposes and its energy needs. President Rouhani has shown signs of flexibility more than his predecessor, Mahmoud Ahmadinejad. He has urged for a “constructive interaction” with the world but has underlined that the timeframe to resolve their nuclear ambitions must be determined. Warning that the “the period of time for resolving the nuclear issue will not be limitless,” he remained hopeful that it can be solved “step by step.”
Although Rouhani is reviewing the foreign, nuclear and domestic policy teams as part of efforts to lessen ideological rigidity in decision making, he pointed out that “the end of game the must be a win-win game.” He has been leaning towards more moderate policies in his reviews.
Israel has been very concerned about Iran’s nuclear activities. It has not ruled out a military intervention to halt the process.