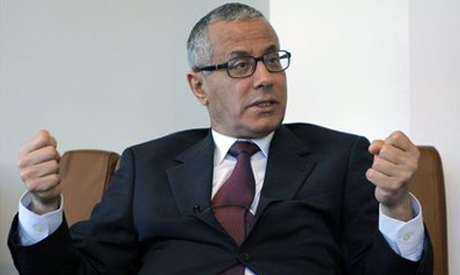 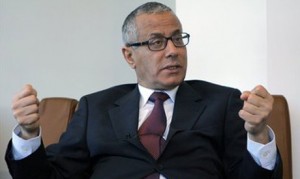 Libya’s Muslim Brotherhood’s affiliated Justice and Construction Party (JCP) has once again threatened to walk away from the ruling coalition government that it is part of after Prime Minister Zeidan’s visit to Cairo. The Prime Minister met with General Al-Sisi, senior military officials and the ministers of defense and foreign affairs. JCP described the visit and meeting as an “explicit acknowledgment” of the coup d’état.
The ousting of Morsi was heavily criticized by JCP. They said Zeidan’s visit was designed to “distract public opinion from internal issues” because of the mounting pressure for his resignation due to the “utter failure” of his government in all domains.
The Prime Minister refuted the claims. According to him, his two-day visit was made based on “national interest.” He added that the Islamist party has always been hindering his efforts to achieve the goals of the unity government but he has always stretched his hand to them for the sake of “maintaining national unity”.
JCP control the ministries of oil, economy, youth, housing, electricity and one of the deputy prime minister’s posts. The interior and electricity ministers resigned from their posts lately because of the Prime Minister’s ‘interference’ in their duties.
The political bureau of the Islamist Justice and Construction Party will hold their first meeting on Sunday to decide if they will remain in the government. Islamist sources have claimed that some people are backing the withdrawal of the party and freezing the membership of elements affiliated with the party in the General National Congress, the country’s parliament and highest constitutional authority.
JCP claims the visit symbolizes “a blessing and an explicit acknowledgment of the military coup and its leaders” whose actions have been contradictory to “the principles of the February 17 revolution”