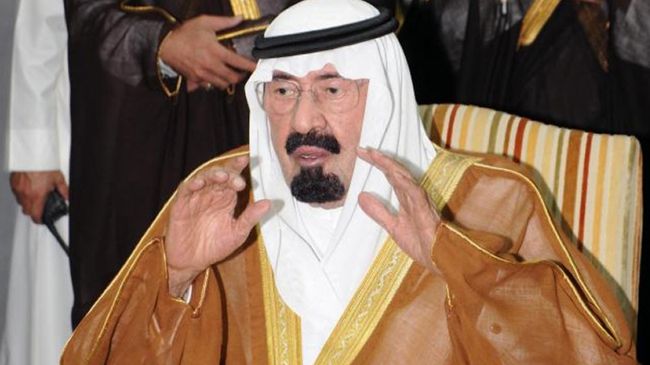 Ibrahim al-Rubaish, a Saudi Arabian and a top member of Al-Qaeda, has pointed fingers at King Abdullah accused of helping the secular forces in Egypt and those who are fighting against Allah. He is considered to be the chief of religious affairs of Al-Qaeda in the Arabian Peninsula which is based in Yemen. His criticisms came after more than month since Morsi was removed from power by the military.
Ibrahim al-Rubaish stopped short of threatening the Kingdom and its authorities. However, he accused them of committing an offence by supporting the military backed interim government. He described it as “one of their (authorities of Saudi Arabia) latest crimes.”
Morsi’s reign came to an end when a group called Tamarod organized a demonstration against his government after collecting petitions to end its mandate. General Al-Sisi referred to the demonstration as “the will of the people” to justify his decision of arresting Morsi and detain him at an undisclosed location.
King Abdullah of Saudi Arabia was the first person to show support to the new government. Ibrahim al-Rubaish referred to the king as “the son of Saud” before questioning his decision to offer “the most generous support.” He lambasted the king for rendering his support to “the Tamarod government that rebelled against everything, including Allah.”
Saudi Arabia houses the most sacred site of the Islamic religion, the Kaaba’h. Ibrahim al-Rubaish criticisms of the king might not be admired by many. The king is referred to as the “custodian of the two mosques” and plays an influential role in the kingdom. Riyadh has not reacted to the criticisms made in the video message.
Saudi Arabia offered an aid package of $5 billion to Egypt and has promised to give more if the need arises.