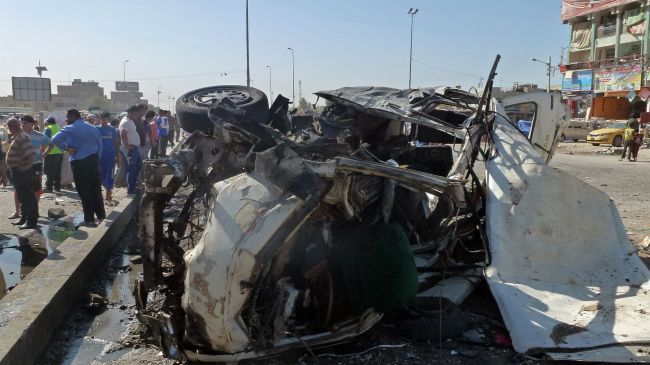 Iraqi authorities have begun to react against reports circulating in the media. Reports coming out from the country are heavily centered on attacks and roadside bombings with casualties. The government acknowledges that attacks are still being carried out but disagrees with the numbers of casualties. The United Nations claimed that more than 4,000 people have been killed since the beginning of the year.
According to the Interior ministry, “fabricated news and untrue statistics” have been surrounding Iraq. He said the exaggerated numbers presented by the media serves as a morale booster to Al-Qaeda. Spokesman Brigadier General Saad Maan of the interior ministry held certain media houses responsible for the killings on Iraqi citizens because their “malicious media attacks… are not less dangerous than these attacks themselves.” He didn’t make reference to any media house.
Hardly a day goes by without reports of roadside bombings or suicide attacks being reported on the media. The government questioned the figures they present as casualties and pointed out that the accurate figures can be found with the Defense or Interior ministry.
A senior army officer who wants to remain anonymous said the figures presented by the ministries “do not include the final numbers of victims of terrorist attacks.” He claimed that the government is trying to promote the activities of the security forces and its breakdown on terrorists. According to the army official, they are “orders from the senior leadership.”
Government spokesman Ali Mussawi denied the claims. However, Brigadier Maan of the Interior ministry acknowledged that their figures are not exhaustive and rather covered major incidents.
Political history Professor, Essam al-Fayli, of Baghdad’s Mustansariyah University said the reluctance to reveal the number of casualties’ highlights that “the situation is different from what it is.”