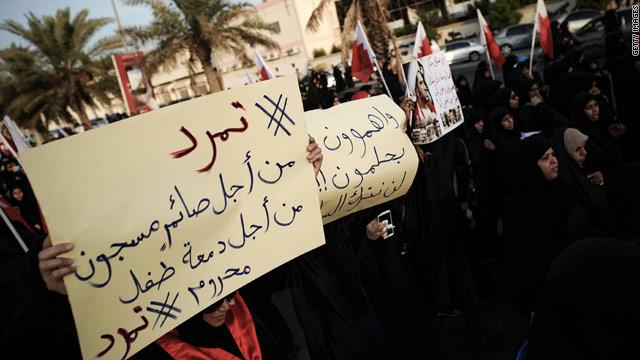 Bahrain has become the latest country where a group called ‘Tamarod’ (rebellion) has emerged after Egypt and Tunisia. The group held anti-government rallies across the capital on Wednesday but the military was present to interrupt them.
The Sunni minority rules the country, forming a small fraction of the population, which is heavily dominated by Shiites. Activists have been urging for democratic reforms in the country. They are also demanding that King Hamad bin Isa Al Khalifa gives up power. Protests that have been characterized by limited violence have been going on for more than two years.
The ruling Sunni family is unwilling to walk away from power. It claims that it has begun democratic reforms and is also considering the demands of the opposition. To avoid further clashes with the opposition, a national dialogue between the government and the latter has been scheduled to resume before September.
The Bahraini government is enjoying the support of its national army and regional powerhouse, Saudi Arabia. Saudi troops intervened two years ago to protect the government when the protests became violent and increased pressure on authorities. Bahrain is also an important U.S. ally in the Gulf and home to the United States Fifth Fleet.
The government has been accused of violating Human rights but Lord Avebury, a Liberal Democrat lawmaker in Britain’s upper house, believes that some countries are ignoring such violations because they are interested in maintaining trade relations. He criticized Britain for preferring to “concentrate on business… whilst the repression is getting more and more intense.” Although Prime Minister has claimed that he has discussed human rights with Bahrain’s King Hamad, Lord Avebury thinks that countries are “trying to get more sales of arms and business generally.”