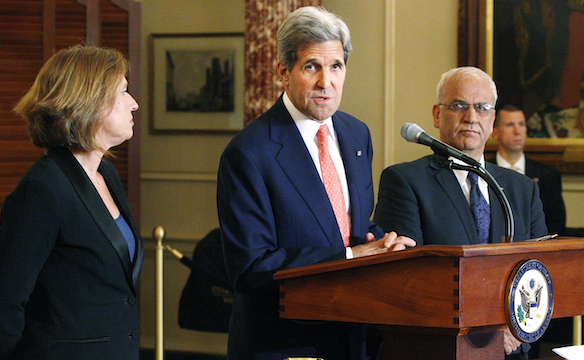 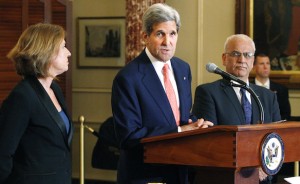 Negotiators from Israel and Palestine have finally sat around the same table to discuss a way out of their crisis after almost 5 years of suspended talks. Their meeting is being held at an undisclosed location and is surrounded by secrecy. Israel’s decision to build new homes during the week has been considered as a move to sabotage the talks.
Before heading for the meeting, Chief Negotiator Tzipi Livni of Israel said her team is “committed to making the effort, for the sake of Israel and for Israel’s values.” Hamas has openly criticized the talks claiming that the Palestinian Authority does not represent the people of Palestine. Palestinians want the West Bank, east Jerusalem and the Gaza Strip to be part of their state.
Livini has admitted that the talks will be “complicated and complex.” To loosen the tension surrounding the talks, Israel released 26 prisoners as the first batch of the 104 Palestinian prisoners found guilty of deadly attacks on Israelis. The release has created an outcry from the families who have lost some of their members in the attacks.
Palestinians have criticized Prime Minister Netanyahu for being more rigid that Ehud Olmert. Netanyahu has limited his commitments and his government decision to build more than 3,000 settler homes a few days before the talks was criticized by the international community.
Yasser Abed Rabbo, an adviser to Abbas, is pessimistic. He said the “the talks might collapse any time because of the Israeli practices.” He also revealed that border and security arrangements were first on the agenda talks.
Most demographers believe that without establishment of a Palestinian state, the Arab population living under Israeli rule will soon outnumber Jews. That would threaten Israel’s character as a Jewish and democratic country.