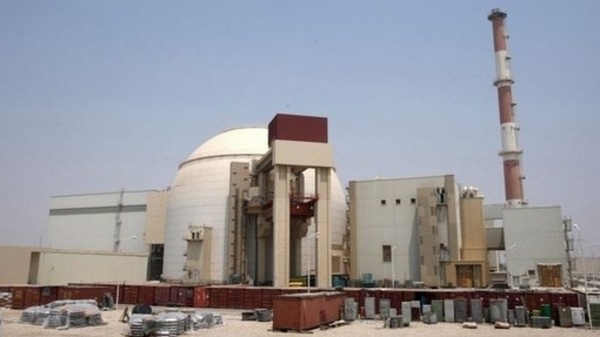 Iran will be holding exercises aimed at preparing itself for any eventual nuclear contamination incident, a few days after Israeli Prime Minister, Benjamin Netanyahu, warned that Tehran’s nuclear program is “edging up to the red line.” The training exercises will be held in the next two months according to the Head of Passive Defense Organization, Brigadier General Gholam-Reza Jalali.
Although Rohani, a moderate cleric, set to replace Ahmadinejad on August 3rd said Netanyahu’s threats “makes you laugh,” the decision to have a 20-day nuclear contamination incident exercise gives the impression that Iran seems to be taking the threats posed by “a miserable regional country” seriously. Israel said it could attack Iran without its allies because it’s “more vulnerable” to a nuclear program. Netanyahu has insisted that a clear message should be sent to Iran that it couldn’t acquire nuclear weapons “in no uncertain terms.” He referred to Rohani as “a wolf in sheep’s clothing” who would “smile and build a bomb” before pointing out that Iran will only understand military intervention.
Rohani claimed that Israel is abstaining from attacking Iran because it fears Iranian retaliation as he questioned, “who are the Zionists to threaten us?” There were expectations that the ascension of Rohani to power would ease the controversial and complex nuclear negotiations concerning Iran’s nuclear program because he is deemed to be more flexible by the west. The recent war of words shows Iran’s determination to continue with its program.
Neighboring countries have expressed concerns about safety standards after a full launch of its Bushehr nuclear power plant has been postponed several times on safety grounds.