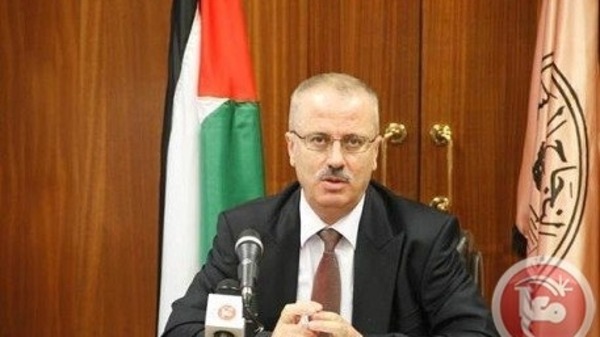 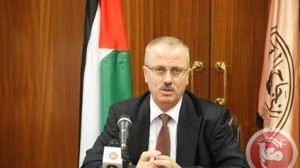 After barely 3 weeks in office, the Palestinian Prime Minister Rami Hamdallah has tenured his resignation to President Mahmoud Abbas on Sunday. The president accepted the resignation after having appointed Mr. Hamdallah as the head of an interim government on June 2, sources from the state-run WAFA news agency have indicated.
Abbas appointed Hamdallah, a West Bank university president and political novice, who was unexpectedly plucked from a career in academia to replace internationally known economist Salam Fayyad, a political independent who served for six years and was respected by the West as a pragmatist.  This calculated move was seen as a bid by Abbas to consolidate power. Fayyad’s departure was inevitable, as he had clashed with Abbas and leading Fatah figures also clamored for his replacement, arguing that the prime minister should be close to Fatah. Although he is not involved in diplomacy, Hamdallah’s resignation couldn’t have come at a worse time for Abbas when the Palestinian Authority is focusing on a U.S. push to restart peace negotiations with Israel.
Secretary of State John Kerry is said to return to the region in a bid to renew the Israeli-Palestinian peace process. The resignation may have been caused by a conflict of authority with his deputies. Abbas initially asked Hamdallah to reconsider, but ultimately accepted the resignation and asked him to stay on as head of a caretaker government until a replacement was found, according to the Associated Press. Such a caretaker government could remain in place for weeks. There is no sign of a likely candidate to succeed Hamdallah.
Any potential candidate would have to be someone who has the blessing of Western donor countries, has experience in economic affairs as well as being close to the Fatah movement.