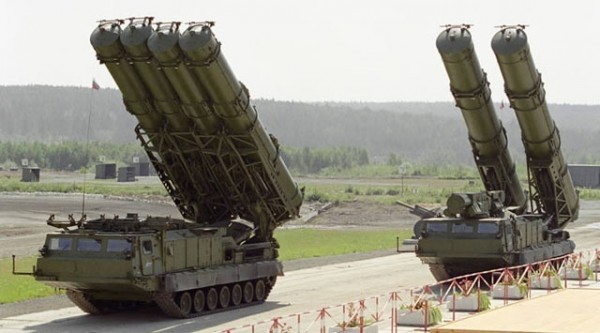 Israel’s defense is concerned about the delivery of Russian anti-aircraft missiles to Syria and has said that they will act if the plan goes on. Defense Minister Moshe Yaalon’s comment is in reaction to Russia’s decision to provide the state-of-the-art S-300 air defense missiles to Syria.
Israel has trespassed into Syrian airspace and did some bombings at the beginning of the month claiming that it was necessary to halt a Hezbollah weapon transaction. The S-300 missiles could discourage future airspace violations because they can counter air raids launched from foreign airspace. However, Minister Yaalon said, “as far as we are concerned, that (missile delivery) is a threat.” The Russian supply is claimed to be part of existing contracts and its deputy foreign minister, Sergei Ryabkov, said it could serve as “stabilizing factor” and a deterrent against foreign intervention. Yaalon said that the situation is not very tense because Russia has not shipped the missiles but hopes that they will not be sent. He warned that Israel will react should “by misfortune, they arrive in Syria.”
Israel is closely monitoring the situation and has remained tight-lipped about the issue. Shortly after Defense Minister Yaalon’s comments, Prime Minister Netanyahu ordered his ministers to refrain from discussing the issue. Russia has not reacted to the comments made by minister Yaalon nor has the Syrian government. The pro-government forces are being supported by Russia and Iran while the rebels are benefitting from the backing of Arab countries, the European Union and the US.
At the beginning of the week, the European Union decided to lift an embargo on the supply of arms to the Syrian rebels.  The decision was criticized as an “obstruction” to peaceful efforts ahead of peace talks in Geneva by Damascus and Kremlin.