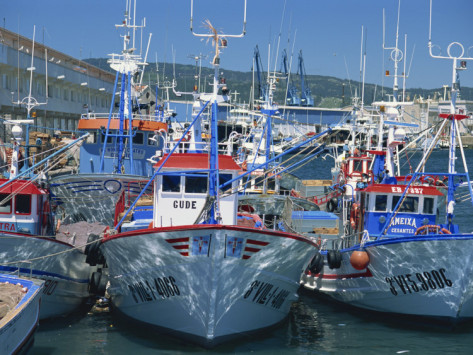 Cephalopod fleet of the Galician fishing sector is concerned about what seems to be a very likely fishing agreement between Mauritania and China despite not being sure of whether it will fish in North African country’s shores again.
Xavier Aboi, the head of the Galician Inter-Union Confederation –Mauritania (CIG-Mar) said the Spanish government must “directly” pressure Mauritania because the deal with the Chinese “could be settled in the coming weeks.” He said the sealing of the deal will make “the situation (…) really complicated” for them.Trade unions and sailors from Galicia are curious about the final outcome, because 20 of their boats have been anchored for more than 8 months since their ejection from the fishing agreement between the European Union (EU) and Mauritania. According to Xavier Aboi, aggrieved fisher folks have also informed the Fisheries Secretary General, Carlos Dominguez, of their “dramatic situation” after the “mandatory stoppage.” Meanwhile, the Galician Inter-Union Confederation is trying to gather more support from different sectors and outside Spain.
It is reported that Poly Hon Done, a Chinese company, has reached advanced stages for a bilateral fisheries agreement. In 2011, a 25-year fishing agreement was signed between the company and Mauritania but it was prematurely cut short in 2013 because some of the conditions were not being respected by the company. The Minister of Marine Affairs of the Xunta de Galicia, Rosa Quintana, didn’t comment on the issue but acknowledged discussions concerning “fisheries agreements with Morocco and Mauritania” at the Council of Ministers.
The EU seems to have doubts if Mauritania has enough octopuses in its shores for commercial exploitation and wants an “immediate… experimental survey to verify existing data” according to the deputy director of International Agreements of the Fisheries General Secretariat, Carlos Moreno.